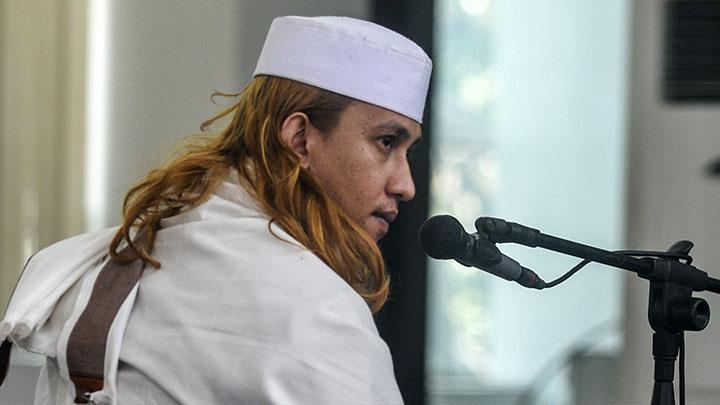 The Detention of Controversial Religious Figures Is Right

Controversial religious figure Bahar bin Smith was immediately arrested on January 3, 2021 for being involved in a hate speech case. Bahar’s detention is considered appropriate because so far his lectures have only damaged peace and provoked the community.

Bahar bin Smith became a viral figure, unfortunately not because of his achievements, but because of his controversial lectures. How can people not be excited when he lightly insults President Jokowi and other state officials? As if he has a position above the head of state, or even being arrogant because he feels he has supporters?

However, Bahar bin Smith’s arrogance was destroyed when he was arrested by the West Java Regional Police, on January 3, 2021. His arrest was swift and he was immediately arrested for fear of losing evidence (in the form of a video recording of his lecture) and fear of running away.

Kombes Pol Arief Rachman, Director of the Special Criminal Investigation of the West Java Police, stated that West Java Police investigators had found 2 pieces of evidence in the Bahar bin Smith hate speech case. Thus he has been upgraded to a suspect legal status.
Bahar bin Smith was exposed to hate speech cases and the ITE Law (because his lectures were spread through videos on cyberspace) and he was threatened with 5 years in prison. The community felt that the punishment was commensurate with his actions, because he had been exposed to a case (of abuse) and had been imprisoned several years ago. In this way, it is hoped that he will give up when he goes to prison again.

In addition, many people are actually happy with Bahar bin Smith’s detention because he can no longer cause trouble, both in the real world and in cyberspace. When he was imprisoned, of course, he had the status of a prisoner and was strictly prohibited from using cellphones and other gadgets, so he could no longer spread his hate-filled lectures.

More and more people liked it when Bahar bin Smith was finally arrested and questioned by the police because his actions had been troubling. By preaching (and spreading it intentionally) he divides the nation and his actions are dangerous because they can trigger hostility between people. What if there is a fight in the village? The reason is only because of the incitement of the Bahar.

Bahar bin Smith’s provocation is indeed dangerous because first, he offended President Jokowi and publicly insulted him, and instead provoked the people to hate the president. His actions were certainly very crazy because they insulted and did not respect the head of state. People who are lovers of Mr. Jokowi immediately reacted strongly to Bahar bin Smith’s lecture.

Second, Bahar bin Smith deliberately spreads videos of his lectures, so it is natural to be exposed to the ITE Law. The public did not sympathize with his case but instead apologised for it, because what he did was clearly wrong. In fact, if Bahar bin Smith is not immediately imprisoned, it is feared that many will imitate his actions, it is really scary.

The detention of Bahar bin Smith is the day the public has been waiting for because they have been fed up with his pretentious actions by insulting the head of state and officials. However, when he was finally caught by the West Java Regional Police, his face immediately turned pale with fear. Bahar bin Smith must be held accountable for his actions for provoking the community.