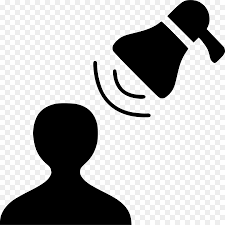 The discourse of removing Jokowi is only a political trade

The discourse of removing Jokowi is only the trade of political adventurers . They take advantage of the pandemic situation for political and power interests, all government policies are considered bad, even though President Jokowi has succeeded in reducing the spike in Covid-19 cases.

The pandemic makes people’s emotional states vary, some are calm but some are warm-blooded. They feel stuffy with the situation but fail to move on and end up blaming the government. To the extent that all government programs are criticized and insist on impeaching President Jokowi, because they are considered to have poor performance, especially during the pandemic.

Even though the pandemic is not a reason to impeach the President. Legal expert Suparji Ahmad stated that the impeachment of the president is highly doubtful, especially if the reason is the failure to overcome the effects of COVID-19. This is not strong enough to legally overthrow the president in the eyes of the law.

The public also does not agree if the President is dismissed just like that, especially since the beginning of the pandemic he was really serious about dealing with it. Starting from the stay at home program , PSBB, PPKM, to national vaccinations. Even vaccine injections are also provided free of charge. With the provision of facilities like this, is President Jokowi guilty so that he deserves to be impeached? Of course the answer is no.

Meanwhile, political observer J Kristiadi stated that the issue of overthrowing the president is the trade of people who have ambitions of political adventure. They are desperate to run in the presidential election in 2024 and can’t wait anymore. In a sense, seeking shortcuts with impeachment is a step taken and unfortunately not approved by the people, because they are big fans of President Jokowi.

Since 2014 the political temperature has indeed heated up because it seems as if we are divided into 2 camps. Those who previously did not support Jokowi (since the first term) felt ashamed and expressed their frustration, then attacked by finding fault with him. So they are always cynical and comment in a frontal manner.

All government programs are blamed, including overcoming the corona virus, even though this decision was taken carefully and there have been suggestions from various experts in the field. Those who are shouting to impeach the president actually want to heal the hurt because their idol failed to become RI-1, then turn around and maneuver. They became the opposition and gave relentless criticism without a solution.

Politician Moch Eksan stated that the impeachment discourse is nothing more than political coquetry. He explained that impeachment cannot be done just like that, but the process: the right of opinion from the DPR RI stating that the President violated the law, committed corruption, or other despicable things. Then it is brought to the Constitutional Court and if approved, a special session of the MPR RI will be held.

Impeachment will be impossible because President Jokowi is proven to have never been corrupt or violated the law. If he’s innocent, why is anyone insisting on impeaching him? It is precisely those who want to overthrow the president who are guilty of always insulting and finding fault with Jokowi, even though there are many government programs that are beneficial to the people.

The public certainly does not agree with the discourse of overthrowing the president because since 2014, they have strongly believed in the performance of Mr. Jokowi. As a populist president, he always visits to see firsthand life in the community so that he knows what steps to take to prosper them. Not just sitting in the palace and hearing reports from subordinates.

Impeaching the president is a very bad idea because he is loved by the people. Especially if the reason is the COVID-19 pandemic. Various programs made by the government have been effective in reducing the number of patients and helping civilians. So it is a big mistake if the president is accused of not being able to handle the bad effects of the pandemic.

Regional Governments Outside Java Need to Anticipate the Covid- 19 Explosion