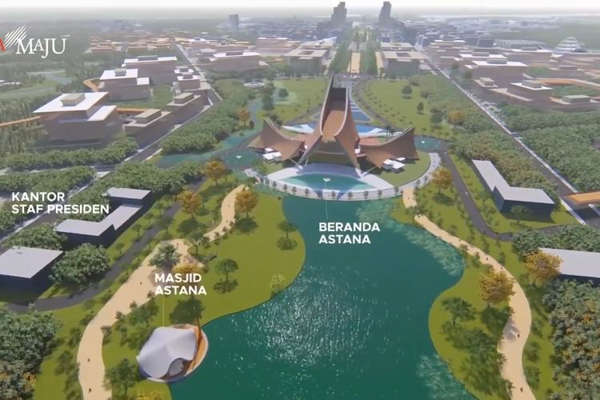 The Election of the Head of the IKN Authority is Right

President Joko Widodo has inaugurated Bambang Susantono as Head of the State Capital Authority (IKN) on March 10, 2022. Bambang Susantono’s election is considered the right one because he has an expert background in planning and transportation.

When the national capital will be moved from DKI Jakarta to Penajam Paser Utara, there will be many new changes. From government buildings to regional leaders, everything is new. The community is waiting for who will become the IKN authority, because the leader must advance the area to become an ultra-modern city.

On March 10, 2022 at 3 pm, President Jokowi inaugurated Bambang Susantono as head of the IKN authority. He was accompanied by Dhony Rahajoe as his representative. The election of Bambang as the head of the authority was surprising, because he was not the candidate for the leader that the public had suspected. However, the people believe that President Jokowi will make the best choice.

Bambang Susantono felt he was right to be chosen as the head of the IKN authority because he had an educational background in urban planning. What’s more, he studied it at a university in California, so its quality is unquestionable. With this background, Bambang will build a capital city that is not only beautiful, but also a place that advances its people.

The capital city of a new country must indeed be arranged in such a way, in order to become an ultra modern city. The reason, part of the area there is still a vacant land. If there is an urban planning expert as a leader, then we are optimistic that IKN will grow into a well-organized and less chaotic area. A capital city must be neat, lest its fate be like Jakarta which is in disarray because the population is too dense.

The election of Bambang Susantono as the head of the IKN authority is also supported by the community because he is also known as an infrastructure expert. Indeed, we must choose experts to be leaders, so that we know what is needed by the community. The infrastructure built is not only roads, but also school buildings and various other facilities needed by residents.

Infrastructure development in IKN cannot be made haphazardly. This is because we cannot destroy Borneo as the lungs of the world. There should be no deforestation and destruction of nature. The head of IKN can organize the city and make it progress without destroying the balance of nature.

Bambang Susantono as the head of IKN and an expert on urban planning must understand this. He will change the face of Penajem Paser Utara into an ultra modern one, without destroying the forests of Kalimantan. This is a new challenge because a city can be beautiful with beautiful nature.

In addition, he also has good relationships in the international world. The reason is because he has experience as a bureaucrat and has good networking. President Jokowi is indeed looking for a head of authority who has good international relations because he needs foreign investors to invest.

It is clear that Bambang Susantono has the skills and requirements requested by President Jokowi. No wonder he was elected as the head of the authority, even though he had no previous experience as mayor or regent. His skills and educational background were the main reasons for being selected.

The election of the head of the IKN authority is held directly by President Jokowi because it is the prerogative of the President. The public trusts his choice because it will be the best. Moreover, Bambang Susantono is experienced in bureaucrats and has an educational background that is in accordance with the needs of IKN, namely urban and regional planning, so that he is expected to be able to build IKN so that it is ultra-modern.

Aulia Hawa, Author is a contributor to Pertiwi Institute