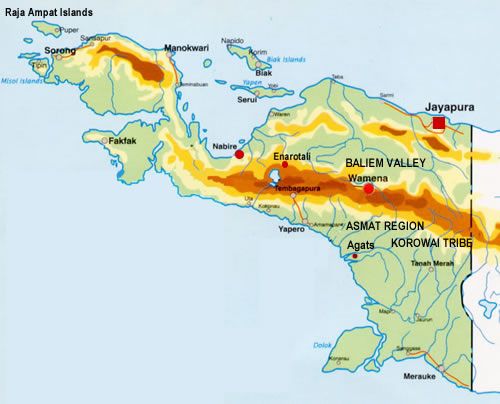 The expansion of new Autonomous Regions (DOB) in Cendrawasih has been ratified, with the vision and mission of realizing the expansion of social justice for all Indonesian people. This desire is a big dream for all Papuan people. The hope is mainly so that the community can be more prosperous and live prosperously.

Deputy Minister of Home Affairs (Wamendagri) John Wempi Wetipo invited various elements of society and leaders in Papua Mountains to welcome the formation of new autonomous regions properly. According to him, on that occasion there was also the signing of a statement letter of borrowing and granting funds, ASN by the regents of the customary territory of Mepagoo or Central Papua to the central government, as well as the handing over of land rights to customary areas, the transfer of assets to members of the Indonesian House of Representatives from the Electoral District (Dapil) Papua, Mesakh Mirin said the ratification of the Papua New Autonomous Region (DOB) Law, namely the Central Papua Bill, the South Papua Bill, and the Highlands Papua Bill could answer the expectations of the Papuan people to get prosperity.

According to Mesakh (a member of the Indonesian House of Representatives from the Electoral District of Papua), the new autonomous regions in Papua will bring about equitable development. It is hoped that this new province will provide great benefits to the people of Papua. So far, there are only two provinces, Papua and West Papua, so it is very difficult to reach and access transportation from district to province

Article 76 paragraph 1 of the law reads: “The division of provinces and districts or cities into provinces and districts or cities can be carried out with the approval of the MRP and the DPRP after seriously paying attention to socio-cultural unity, readiness of human resources, economic capacity. , and future developments.” It was from this law that was the forerunner of the emergence of the New Autonomous Region Expansion in Papua which finally the President officially ratified 3 new provinces. The ratification is contained in a Law (UU) passed by Jokowi on July 25, 2022. For South Papua Province it is regulated in Law Number 14 of 2022, Central Papua Province is regulated in Law Number 15 of 2022 and Papua Mountains Province is regulated in Law Number 16 of 2022. 2022. Considerations for the ratification of the three laws are in order to achieve the ideals and goals of the Unitary State of the Republic of Indonesia, namely to build a just, prosperous and prosperous Indonesian society based on Pancasila and the 1945 Constitution. Therefore, it is necessary to expand the territory of the Papua Province.

The policy for the expansion of Papua is a mandate and implementation of Law (UU) Number 2 of 2021 concerning Special Autonomy (Otsus) for Papua, specifically Article 76. Thus, the main foundation of the three expansion bills must guarantee and provide space for OAP. The regulations made are expected to become a concrete legal umbrella, especially in the implementation of governance in the early stages and in the later periods in the three provinces.