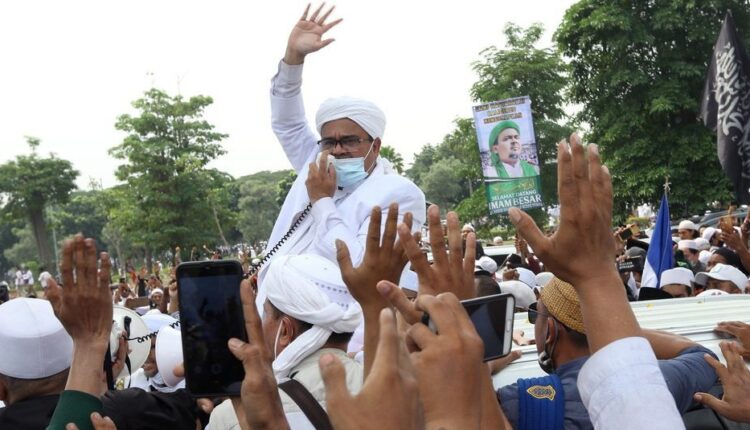 Rizieq Shihab was again summoned by Polda Metro Jaya, in connection with the crowd event he organized. The summons was made again because previously he was always absent because he was sick. The police also emphasized that supporters of the habib should not accompany him, because he violated health protocols.

Rizieq Shihab is yet another news item. His stubborn behavior and didn’t want to come when called by the police, made him the center of attention. Even though the summons were due to his status as a witness to several crowd events he had attended. He is not a suspect, because the investigation has only just begun.

But the supporters were already panicking. The proof is they guarded in front of the house, arrived in front of the alley where the habib lives, in the Petamburan area. They were afraid that Habb Rizieq would be arrested by the police. Even when Habib said he would come to Polda, 7 December, they were also ready to escort him.

The police certainly predicted that there would be chaos when the masses of supporters of Rizieq Shihab continued to gather. Therefore they are strictly forbidden to come. According to the Head of Public Relations of Polda Metro Jaya Kombes Yusri Yunus, this prohibition is because if there is a crowd it will result in the spread of the covid-19 virus, because there is a new corona cluster.

Kombes Yusri continued, if Rizieq wants to be assisted, then don’t invite all of his supporters, but just the team of attorneys. However, if he insisted, the police would act decisively and disperse the masses. Because now it is still a pandemic period, so it is prone to crowds.

However, Rizieq’s supporters stated the opposite. According to the Wasekjen, an alumni of PA 212 who became a close friend of FPI, Novel Bamukmin, he never invited anyone to be Rizieq’s bodyguard. Even if there is a crowd and the police arrest him, he even brags that there is no prison that can accommodate him.

Novel’s statement is very arrogant because he shows many supporters of Rizieq. Even though December 7 is a working day, so there could not be a crowd like the one he was exhibiting. If there was, they would have been dismissed by the police. The focus is on disbandment, not arrest, so Novel has had negative thinking first.

In addition, Rizieq’s supporters are too blind in love. Why are they escorting people who are clearly guilty? Anyone who violates health protocols will definitely be convicted, for breaking the rules. Don’t even defend the guilty, because it will obscure the meaning of the truth. Do you want to duck his wrong behavior?

Rizieq was called not because he was considered an enemy of the state, but because he was determined to hold an event inviting 10,000 people. So the supporters must understand this. Don’t even blame the authorities, even the president. Because the rules are still rules that must be obeyed.

In addition, the mass gathering is certainly worrying because it could form a new corona cluster. The proof is from the Rizieq event in Petamburan and Bogor, there have been 80 people who have tested positive for the covid-19 virus. Just as predicted by health workers and epidemiologists.

If there is clear evidence, why would Rizieq’s supporters still form the crowd? Are they sure they will be immune to corona, even though there has been no mass vaccination? Do not take it lightly and say that everyone is wearing a mask, because there could be many who take it off during speeches.

Rizieq’s supporters should not be too fanatical, and let him take responsibility for his own mistakes and come to the Polda Metro Jaya. If they are determined to guard them, they will be disbanded, and don’t blame the authorities because they are only doing their job. Remember it is still a pandemic now so when there is a crowd it will be strictly prohibited.