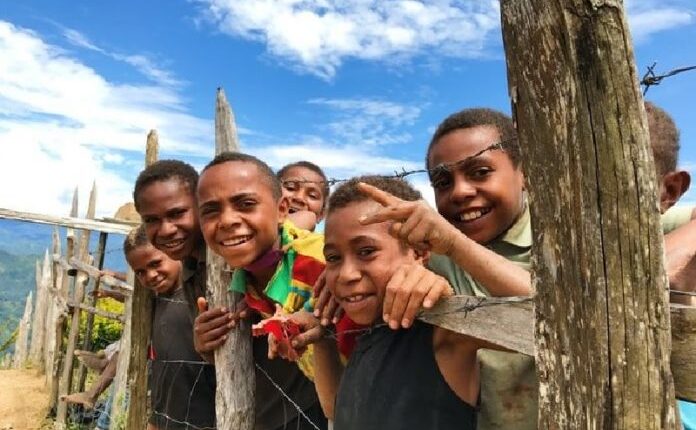 Papua is part of Indonesia and its young generation is the future of Indonesia. The government also pays attention to Papuan sons by providing Special Autonomy (Otsus) scholarships, so that they can continue the baton of Indonesia’s development.

Papua, formerly Irian Jaya, became the ‘youngest’ province in 1969 and this influenced its development. In the New Order era, it was still centralized and then in the reform era it was replaced with decentralization. In 2022, there will be special autonomy that will further advance Papua, because the Papuan government can develop its own region and get financing from the Special Autonomy Fund.

The Special Autonomy Fund is very important because one of them is given for scholarships for the sons of Papua. Papuan children are the future of Indonesia, and with the Otsus scholarship, they can get higher education and become future leaders of the nation. The future of Indonesia is in the hands of children, youth and Papuan Indigenous People (OAP) because they are Indonesian citizens and have the right to be high-ranking officials.

That the children of Papua and OAP can become future leaders. It is not impossible for a Papuan child to become the president of Indonesia. To train OAP, what needs to be emphasized is the development of human resources (HR). In a sense, development in Papua is not only emphasized on infrastructure, but also on human resources. The trick is to provide access to the field of education, and one of them is through the Special Autonomy Scholarship.

Every year, more than 1,000 Papuan students receive special autonomy scholarships. This scholarship is very much needed because the cost of living in Papua is higher than in Java or other areas, and if there is a scholarship it will greatly ease the burden on parents. Moreover, the scholarship is given up to college level so that the Papuan people can study at the University and become more educated.

The Special Autonomy Scholarship has proven successful because one of its alumni is currently an official at a young age. Billy Mambrasar, who is only 34 years old, has become President Joko Widodo’s Millennial Special Staff. He proved that by taking higher education, one could change one’s destiny. From being the child of a cake seller, then getting an Otsus scholarship, being able to study at Oxford University, England, and finally becoming an official.

Billy Mambrasar is one of several indigenous Papuans who have succeeded in becoming an official. Previously there was Fredy Numberi who had been the Minister of Maritime Affairs and Fisheries, during the presidency of Susilo Bambang Yudhoyono. After that, there was also the Deputy Minister of Home Affairs, John Wempi Wetipo, who had just been inaugurated in June 2022.

The appointment of Billy Mambrasar and other officials who are native Papuans indicates that they have high capabilities. It means that the people of Bumi Cendrawasih have high potential, and are able to become leaders. Education has proven to be a way for Papuan children to be more advanced and have careers as officials, both in the regions and in the central government.

To further hone talents and provide access to education, it is hoped that the quota for the Otsus scholarship will be increased. In 2022, the Special Autonomy funds received by Papua were also increased, which amounted to 12.8 trillion. This figure is very high because at the beginning of the implementation of Otsus in 2002, the Special Autonomy funds had only reached billions of rupiah.

The more Special Autonomy funds, the bigger the scholarships, and the greater the chances for Papuan children to get them. Those who have received scholarships are certainly more diligent in studying and have high aspirations, wanting to be president and advancing Indonesia through Papua.

The Papuan sons, apart from going to school, are also motivated to keep trying hard and be able to study until they go to college. They are encouraged by the teachers to become future leaders of Indonesia. The role of the teacher is very important because pre-students will be motivated to aspire to high, and they are invited to move forward in order to make Indonesia proud.

The students are motivated to study hard and follow in the footsteps of George Saa, the son of Papua who has won the international physics olympiad. The man who was born in Manokwari is mentored by Professor Yohanes Surya, and is proud to have made Indonesia famous internationally. George proved that Papuan sons are very intelligent and advance the future of Indonesia.

The younger generation of Papuans are Indonesian children and they are motivated to move forward and study harder. By being given an Otsus scholarship, they can get higher education, then realize their dreams of developing Indonesia and Papua.

Supporting the Second Booster Vaccination to Accelerate the Transition Towards Endemic