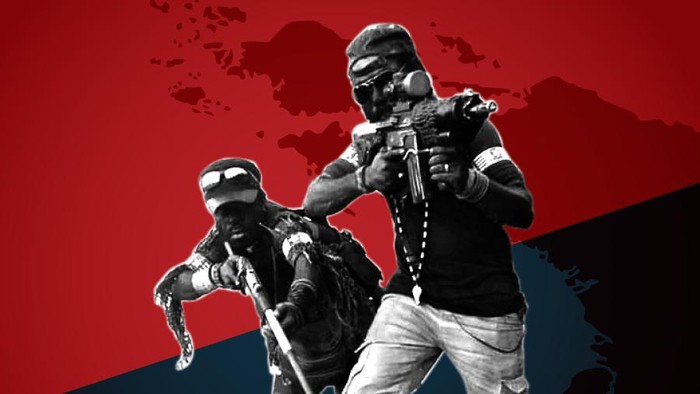 The Separatist and Terrorist Group (KST) is a threat to Papuans. But they don’t have to be afraid because the government guarantees security and tries to eradicate KST to its roots. Keselam a tan civilians take precedence, and the Task Force Nemangkawi trying hard to minimize disruption, both of KST and OPM.

Peace in Papua is something that is always coveted but sometimes disturbed by attacks from KS T. Since they were labeled as a terrorist group (formerly known as the Armed Criminal Group), they have always been aggressive in attacking the apparatus, even civilians. The excuse that is always used is that the victim is not the general public, but intelligence in disguise , even though he is actually a civilian.

To secure Papuan civilians as well as suppress KST, the government formed the Nemangkawi Task Force. This task force is a combination of TNI and Polri soldiers, who have been on duty since 2018. The task force has carried out arrest operations many times, even advancing to the KST headquarters. The goal is that each of their members are caught and no longer disturb the community.

Civilians receive security from the Nemangkawi Task Force, because as Indonesian citizens they have the right to feel safe and want their lives to always be peaceful. When there is a threat from KST, their lives could be threatened, so they would not want to evacuate. However, when there is a Task Force, KST does not move, even if there is a gun battle, it is the KST members who lose h.

Throughout 2020, the Nemangkawi Task Force has arrested 105 KST members and secured 48 firearms. This achievement deserves appreciation, because the more frequent operations there are, the more KST members are caught. They were immediately interrogated in order to provide information on where their headquarters were, because most of the locations were still hidden.

Achievement Task Force Nemangkawi make them his tenure was extended during the next 6 months, starting from 1 June 2021. This was disclosed by Assistant Operations onal Police Chief Insp Gen Imam Sugianto. In a sense, it is hoped that there will be more successful operations, so that security is truly created on Earth of Cendrawasih.

The deployment of many TNI and Polri soldiers is purely to maintain the security of civilians. The reason is because if there are only ordinary people in an area, then KST can attack secretly (usually in the middle of the night until early morning) and then there will be prolonged terror. We certainly do not want to be trapped in this bad condition, right?

When there are many TNI and Polri soldiers in Papua, it is considered normal, aren’t the officers the people’s friends? So don’t be afraid first, because they came to guard against KST attacks and other bad things. They are guardians who are willing to sacrifice themselves for the safety of civilians.

Let no one make arbitrary accusations and say that the presence of the TNI and Polri in Papua is tantamount to the implementation of the Military Operations Area. There is no desire from the authorities to make the Papuan area a military area, because they function as protectors, not to frighten the residents.

The TNI and Polri are the guardians of Indonesian territory, so it is natural that they are also responsible for the safety of the Papuan people. As soldiers, they are willing to sacrifice to protect many people, and are willing to be injured and even die in their duties.

The government really guarantees the security of the Papuan people, no wonder more and more soldiers are assigned there. They bravely fought KST and even sacrificed their lives. The deployment of the Nemangkawi Task Force is a form of concern from the government, so that all citizens on Earth of Cendrawasih are safe from the threat of KST.