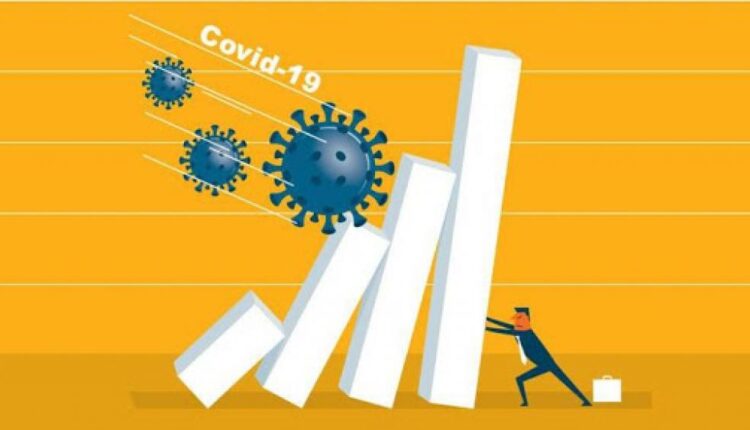 Indonesia’s financial condition which has deteriorated due to the corona storm has made the government look for a thousand and one ways to restore it. Apart from avoiding a recession, the president also does not want people to be mired in an economic crisis. The government provides social assistance to the people and capital to UMKM entrepreneurs so that they will be successful again.

At the start of the Covid-19 pandemic, the president did not impose a lockdown in Indonesia. This policy is controversial, but it has a positive impact on the economy. Because in other countries that have been locked down, there has been a financial crisis. After that, the government made a strategy so that people would not be affected by the effects of corona in the economic field.

The UMKM entrepreneurs smiled with relief after receiving 2.4 million rupiah. This assistance is a gift from the government, as a stimulus for them to get up and continue their business after being hit by the corona storm. MSMEs are a priority as recipients of capital because they are the driving force of the economy in Indonesia and absorb a lot of labor.

President Jokowi revealed that assistance from the government should not be spent on consumptive goods. However, it is used as additional working capital. For example, adding variants of merchandise. So their business can move forward because they can rebuild their shop or business again using fuel from this capital.

This causes the financial condition of both employees and traders alike to improve. All can rise from the effects of corona and have an optimistic mind, so that they can overcome the storm together. It is difficult for the president to develop a strategy so that this assistance will not only benefit one party.

All this assistance is for the sake of overcoming the effects of the corona in Indonesia. Why must it be in money? Because it was proven when some people were given social assistance packages of basic foodstuffs, they were even sold because they ran out of cash. So it is better if the assistance provided is not in the form of rice and oil, but in cash.

If someone asks where the money for disbursing assistance is? So the answer is from the APBN, because there is already a special budget. The covid-19 pandemic is an emergency, so the request for special funds to deal with it has been granted. Moreover, this assistance is a stimulus so that the Indonesian economy can revive.

Apart from providing assistance in the form of money, the government is also trying to restore the economic situation in Indonesia with many programs. One of them is a reduction in the nominal tax. So the burden on the community is not too high because they have to pay quite expensive taxes.

The government also created an economic recovery program by reducing loan interest rates. Both in banks, cooperatives, and in finance companies. The community can still pay installments even though their economic situation has decreased, because the nominal credit has decreased. Because the interest is also reduced. In addition, the loan period was also extended.

Even though it is still in a pandemic, people’s welfare can increase with the tapera (public housing savings) program. They can buy a house with low interest installments, and the conditions are not as many as ordinary mortgages. The tapera program is designed to make people safe in terms of clothing, food and shelter.

So, don’t assume the government is silent in overcoming the corona effect. Because in addition to concentrating in the health sector, economics is also considered. Because we don’t want to be a poor country, so we need help from outside parties like the IMF.

The government is trying hard to restore the Indonesian economy because this area has the most impact due to the corona storm. The stimulus in the form of cash assistance is considered the most effective in overcoming the crisis, because it can stimulate economic growth in this country. Hopefully the covid-19 pandemic will end soon and our financial condition will rise again.

)* The author is active in the press circle and Jakarta students