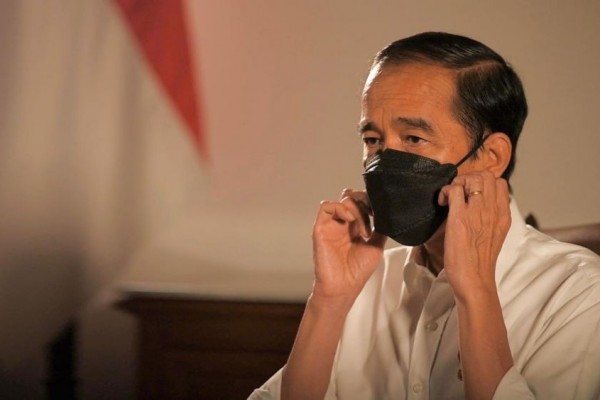 The Government Maintains a Democratic Climate and Is Not Anti-Criticism

The government continues to be optimal in maintaining the democratic climate and is not anti-criticism. However, each party is asked to stay away from hate speech and slander. Criticism should be done in a polite, data-based manner and provide constructive solutions to problems.

The Presidential Chief of Staff, Moeldoko, asked the public not to only criticize the government regarding the handling of the Covid-19 crisis. He appealed to the public to provide criticism accompanied by solutions to help get out of the Covid-19 pandemic.

In the opportunity to give a press statement, Moeldoko said that the government was not anti-criticism, but he asked the public to provide criticism with solutions. He also asked for help to save the community, and move together for mutual recovery.

The former TNI Commander also explained the President’s decision to implement PPKM. He emphasized that this method was taken to suppress community mobility in order to break the chain of transmission of the Corona virus. Moeldoko said PPKM is one of the government’s scenarios to suppress the spread of the virus. The mobility of asymptomatic people (OTG) can be controlled.

He ensured that during PPKM, the government had tried various ways, starting from reallocating the budget, providing additional beds for patients, providing oxygen, accelerating vaccines, to strict action being given to PPKM violators and stockpiling drugs and oxygen.

Nevertheless, Moeldoko admits that the implementation of PPKM is not without challenges. Based on government monitoring, the level of community mobility during the emergency PPKM period was only minus 30%. Whereas the success indicator of PPKM is mobility which is minus 50%. Therefore, Moeldoko encourages the whole community to obey the rules when PPKM applies. Criticism of the various policies taken is certainly necessary in order to create social control which is a hallmark of democracy.

Before the internet spread as it is today, many people expressed criticism through various media, such as songs, poems, writings in newspapers, magazines or paintings on the walls that we know as murals. In the past, people felt the need to carry out social criticism, whether directed at the community itself or at the government in power. The aim is not to destroy society or overthrow the government, but to purify or redeem all values, policies and rules that are deemed inappropriate.

On social media, criticism directed at the government is very easy to find, either in the content or in the comments column. The existence of social media seems to be a vehicle for anyone to create media independently, everyone can even write on social media without having to take journalistic training.

Although freedom of expression has been regulated by law, it does not mean that we are free to criticize with provocation. Especially if there are criticisms that are conveyed harshly, of course the ITE Law and the cyber police will ensnare the critics if they do not heed the ethics in criticizing. Don’t let the criticism that is conveyed only contain provocations to hate, but the criticism must be objective so that it becomes a joint evaluation in building a better country.

On a different occasion, Jokowi’s spokesman, Fadjroel Rachman, emphasized that the president is always open to criticism. According to Fadjroel, criticism is the heart of democracy.

When Jokowi was criticized with the title “king of lip service”, President Jokowi actually responded that it was a balance against democratic practices. So freedom of expression needs to be protected. Jokowi also asked the campuses not to prevent students from expressing themselves and to put more emphasis on a persuasive approach.
The former governor of DKI Jakarta also told the university not to prevent students from expressing themselves. However, Jokowi also reminded the existence of a culture of etiquette and manners.