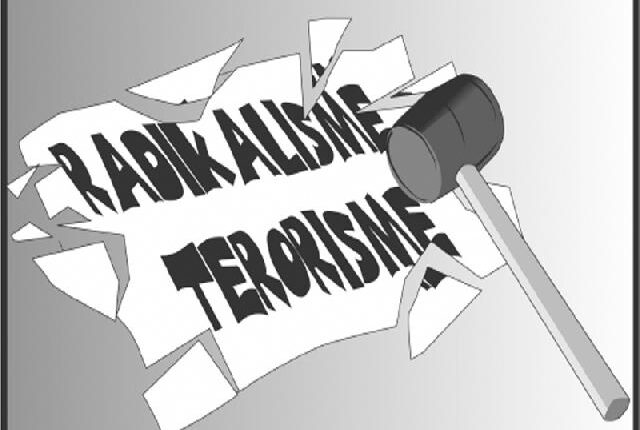 Religious leaders do have a very important role in alerting the emergence of seeds of radicalism. This is because they are often directly involved in the community to provide examples and directions on how to live in harmony with the nation and state with a sense of tolerance.

Eradication of all seeds of radicalism in the country is indeed a very important thing to continue to do. One of the efforts continues to be intensified by the Special Datasemen (Densus 88) 88 Anti-Terror. To be able to build friendship, brotherhood and also peace of the nation, it is fitting that there should be mutual integration between religious leaders.

Kanit 1 of the Counter Ideology Sub-Directorate, Densus 88 Anti-Terror, AKBP Moh Dofir said, the Directorate of Prevention of Detachment 88 of the National Police synergizes with the Ministry of Home Affairs, Ministry of Religion and related institutions as well as Islamic community organizations (Ormas) to foster a peaceful Islam and love the country.

This synergy is one of the main points because how can people live in harmony and peace with each other without discrimination or create a plural society without the seeds of radicalism who feel that their group is the most righteous without that sense of brotherhood. So far, the understanding of radicalism has been exacerbated when a group feels that they are right, so that automatically when there are other groups with different views, they will immediately be judged wrong and even deserve to be fought.

Furthermore, AKBP Moh Dofir also revealed that the gathering event between religious leaders is planned to continue to be held in all other regions and provinces in Indonesia. Not without reason, the article is that if religious leaders can show and model how to live as a nation and state in Indonesia in harmony with each other, then the hope is that this country will be peaceful because they are agents of narrative in society.

Various seminars and webinars on the dangers and threats of intolerance and radicalism were also held. Because radicalism is a fertile ground for the development of terrorism crimes and one of the indicators that become the seeds of radicalism is intolerance. Therefore, religious leaders have become pioneers and examples in society of how beautiful attitudes and feelings of tolerance and togetherness are in the midst of differences.

Furthermore, Kanit 1 of the Counter Ideology Sub-Directorate of Densus 88 Anti-Terror also explained that if there are still some people who have an intolerant attitude, then it is the same as actually denying diversity and also clearly contradicting the values ​​of the teachings in Pancasila, including also contrary to civilized and polite religious norms.

So that the seeds of radicalism and terrorism that stem from intolerance do not occur, the very basic thing is to be able to fight them through developing an attitude of tolerance and also be able to eliminate the feeling of exclusivity that is owned by the group.

Intolerance prevention strategies can be carried out in various ways, including tolerance campaigns, fostering an integrated tolerance attitude and inculcating the noble ideological values ​​of Pancasila and a culture of intolerance. This is a joint effort that should be encouraged and supported by many parties to continue to be carried out in the context of society.

Meanwhile, efforts to prevent radicalism independently can also be done in various ways. Among them is to instill the spirit of nationalism in oneself. In that case, the role of education, especially for the younger generation, is also very important so that they have a strong fortress of nationalism so that the ideas of radical groups are not easily infiltrated.

Furthermore, it is also possible to have an open mind, especially being able to accept if there are differences of opinion or views. It should be emphasized that it is impossible for all humans in this world to only have one style of thought, so that the true difference is actually something that is essential and must happen.

In addition, it can also continue to increase self-awareness against provocation and incitement. This will be found a lot in the era of digital technology as it is now, because the flow of information is very large and easily accessible, so sometimes it will be a little difficult to distinguish which information is true and which information is a hoax or aims to provoke and incite.

Therefore, it is also necessary to have a very supportive and helpful environment related to the formation of all these mindsets, which can be done by continuing to actively participate in the peace community. Especially for religious leaders, such activities are very strategic because they will also go directly to the community so that they can invite people to prevent intolerance and radicalism.

So that it is undeniable that religious leaders have a very important role to be able to invite and guide the entire community, including providing good examples of how to live in harmony side by side with a sense of mutual tolerance so that the seeds of radicalism can be resisted to the maximum.