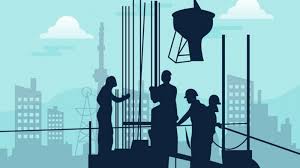 The Job Creation Bill Can Absorb Workers in the Pandemic Period

The Work Creation Bill is a solution provided by the government so that workers will be more prosperous. In addition, the draft law also contains other articles that facilitate investment in Indonesia. Investors will be interested and they will create new projects. This is very good because it can absorb a lot of workers in Indonesia.

During the Covid-19 pandemic, many people lost their jobs because of the declining financial condition of the company. To overcome this new unemployment rate, the government made the Omnibus Law on the Job Creation Bill which regulates the workforce climate to make it better and at the same time opens up opportunities for those who need new jobs.

Deputy Chairman of KADIN, Shinta W. Komdani, stated that with the Job Creation Bill, the government could prepare regulations when an investment boom occurs. Because when the pandemic is over, there will be many requests for work and in the end preparations for creating jobs are made. The government wants to eradicate unemployment so that the people will be more prosperous.

Omnibus Law makes investment licensing easier in Indonesia, so the rules are simpler. The waiting period for permission to leave is also only a short time, no longer the years it used to be. This change in regulation encourages foreign investors to invest in Indonesia. Automatically the state will receive additional foreign exchange and improve our financial condition.

In addition, projects that are made from the results of investment, of course, require a lot of employees, from manual labor to administrative workers. This is very good because it can open a lot of job vacancies. Unemployed people who were sluggish due to layoffs due to the effects of the Covid-19 pandemic can be enthusiastic about applying for work and getting income back.

Article 4 of the Job Creation Bill states that job creation is carried out through regulations related to improving the investment ecosystem. There is also a guarantee of worker welfare and protection through the minimum wage. So workers applying for foreign investment projects need not be afraid because they are guaranteed a very decent salary.

Now there are many accusations that why there are foreign investors who are also employed by foreign workers? Article 42 paragraph 4 of the Job Creation Bill states that it is not arbitrary for foreign workers to work in Indonesia. They can only hold certain positions according to competition. For example, special staff or experts that do not exist in Indonesia.

So, applicants will not be discouraged by not competing with foreign workers. In 1 company, the number is less than 5%. Moreover, during this pandemic, of course there were no flights from countries providing foreign workers. If anything, they have to take a fairly costly rapid test. Don’t be afraid of the presence of foreign workers because the government prioritizes vacancies for Indonesian citizens.

The Omnibus Law also regulates the ease of licensing for UMKM entrepreneurs. They no longer feel dizzy because they feel confused by the confusing rules of many offices. When the permit comes out easily, then MSMEs can develop and automatically need additional employees. This is an opportunity because there will be new job vacancies and reduce unemployment.

We are anxiously awaiting the inauguration of the Job Creation Bill into law. Because in this bill there are many clusters regulating investment, labor regulations, and so on. This regulation can create a large number of workers and reduce unemployment in Indonesia.

The Job Creation Bill Needs to Be Ratified Immediately