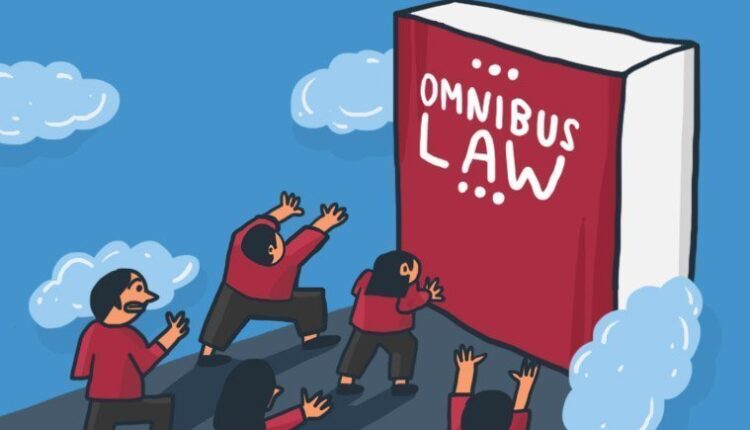 During a pandemic, many people suddenly turn to become entrepreneurs. The reason is because they are laid off by the company, so they choose the entrepreneurial path, to survive. They try to survive by selling everything on social media, from food, clothing, toys to ornamental plants.

To support their activities and increase the number of other entrepreneurs, the government inaugurated the Job Creation Law last October. This law has the spirit of entrepreneurship because there is an easy business cluster and an MSME cluster. So that the people will be increasingly facilitated in starting a business and trading well.

Asep Mulyana, an UMKM expert from Padjajaran University, stated that the Job Creation Law supports entrepreneurship because the process of doing business is easy and fast. This law is intended by President Jokowi as a stimulus to increase the number of business people in Indonesia. Because now there are only 1.5% of entrepreneurs out of 200 million people in Indonesia.

The Job Creation Law states that business licensing is made easier, because it is risk-based. In the sense that a low-risk business, for example a grocery store or food stall, does not need to apply for an HO permit. But enough with the usual permission. Later, this business license can be used as a complement, when the little entrepreneur will borrow capital from the bank.

If there is disbursement of funds from the bank, small entrepreneurs can remodel their business. For example, a shop that was previously ordinary has been transformed into an online restaurant that serves delivery orders. The shop owner can buy a device to support promotion in cyberspace. Also has money to buy a refrigerator and freezer, so that they can accommodate food raw materials.

Meanwhile, grocery store entrepreneurs can get capital from the bank and expand their business. The shabby shop has been remodeled into a neat and clean minimarket. The merchandise variants are reproduced and there is a modern cash register, also equipped with an EDC device for payment by debit / credit card. People will be happy to shop there and he will get a lot of benefits.

The stimulus from the Job Creation Law can make their small businesses more advanced and they are no longer confused about applying for jobs. Because from that business, you have got enough money for daily needs. Small entrepreneurs can level up to become middle-class, even big-class business people. With the condition that they are diligent and tenacious in trying.

If the entrepreneur is able to enlarge his business, it will also reduce the number of unemployed. Because his business requires new employees, for example at the cashier, administration and courier. They are helping others and as a result the economic situation in Indonesia is improving. Because everyone has a job and the purchasing power in the market increases.

The Job Creation Law was created for the Indonesian people. President Jokowi wants people to be more courageous in entrepreneurship and to make this law a stimulus, so that their business can progress. Because there are many facilities for doing business that are stated in the Job Creation Law. People can trade smoothly and make a profit.

) * The author is a young entrepreneur activist

TOGETHER WE CAN FIGHT COVID – 19