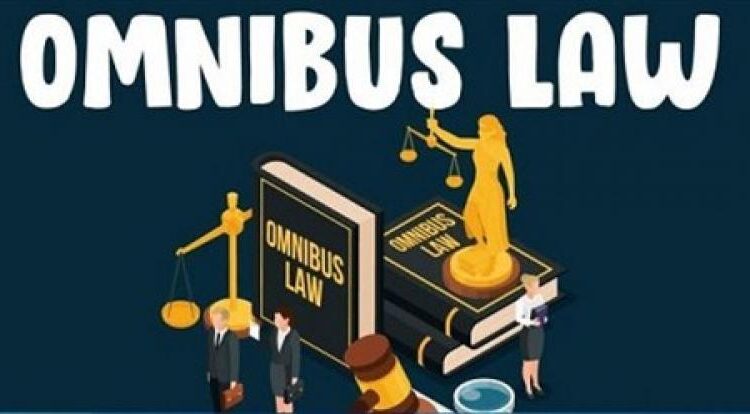 The Job Creation Bill is Useful for the World of Education

The Omnibus Law on the Job Creation Bill is beneficial not only for the economy and workforce, but also for education. In this bill, there are several articles that change the world of education for the better. For example, foreign institutions are required to teach Indonesian. Our language can be worldwide and used by more people.

The world of education in Indonesia is not in a very good condition, in fact it is still considered messy. Because most educational institutions prioritize value over the learning process. Teachers and lecturers received certification but some were even diligent in collecting points but forgot the main goal of prioritizing their students. It’s really sad.

To change this situation, the government has included an education cluster in the Job Creation Bill. There are several regulations that have been changed, for example for teachers from other countries. Lecturers and teachers from overseas universities do not have to have teaching certificates. However, the condition is that he or she must be an alumni from a university that has an A accreditation.

This article changes the previous regulation, namely article 8 of Law no. 14 of 2005, which contains teachers must be physically and mentally healthy, have teaching competence, and have certification. Teachers who graduate from overseas campuses can focus on making teaching plans and the learning process, without worrying about certification that requires lengthy bureaucracy.

This can enliven the world of education, because so far there have been graduates from overseas universities who wish to teach in Indonesia. However, it was hampered because they did not have a certificate of certification. Even though he wants to teach in Indonesia. This regulation can also force Indonesian citizens who have finished their undergraduate or postgraduate studies abroad to return to their homeland and pursue their dream of becoming a teacher.

If in Indonesia almost all educational institutions are taught by foreign graduates, of course the quality of education will be better. Because they have broader insights and richer experiences. Especially for subjects like English or German, it would be better if they were taught by native speakers, namely teachers or lecturers from there.

In addition, the Omnibus Law, the Job Creation Bill also regulates foreign educational institutions in Indonesia. They are obliged to teach Indonesian even though the students are mostly expats. The fact is that students live in Indonesia, so they must speak Indonesian. If the student returns to their home country, they can spread the Indonesian language there.

Foreign universities may also choose to have teachers from abroad or Indonesians. This freedom is put to good use. Foreign teachers are certainly more able to approach expatriate students, because their culture is almost the same. So instead of discrediting teachers from Indonesia, they choose which one is more suitable for their students.

Some of the changes in the bill have surprised many people. Especially when it is said that a teacher from abroad does not need certification. This should not be viewed negatively, but it needs to be digested further. Because not all graduates from overseas universities are accepted, but only alumni from campus who have A certification and are competent to teach.

The Job Creation Bill is also useful in the education sector. Campuses and other educational institutions will be more dynamic with the arrival of teachers from abroad. They can transfer knowledge as well as train foreign languages, because they are native speakers. Students and students will be smarter and more fluent in English.