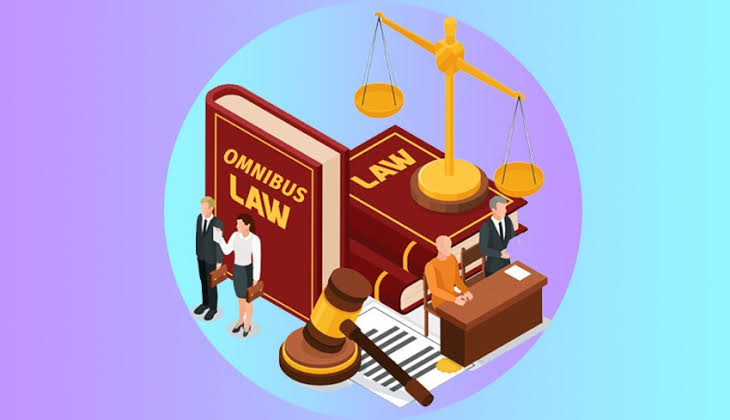 The Indonesian economy was shaken during the pandemic, apparently affecting the industry’s ability to pay its employees. In addition, there are industries that are forced to lay off employees because they cannot pay their employees’ salaries.

The Coordinating Ministry for Economic Affairs stated that the Job Creation Law (UU) is the main instrument to promote economic transformation and national economic recovery.

The existence of this regulation also answers challenges in the form of job creation, empowerment of MSMEs, business licensing and regulatory reform.

Airlangga Hartarto as the Coordinating Minister for Economic Affairs said, as a form of commitment to carrying out structural reforms, the government has ratified Law Number 11 of 2020.

In the opportunity of an online national seminar, he said that this reform will encourage the creation of government services that are more efficient, easy and transparent. The business licensing process will be carried out in the Online Single Submission (OSS) system, which is planned to begin in July 2021.

In addition, through the Job Creation Law, the Indonesia Investmen Authority (INA) or an investment management agency (LIPI) was formed which functions as an alternative to financing economic development.

Airlangga said the LPI or INA would manage a master fund and thematic funds such as infrastructure, energy and natural resources, health and other potential sectors.

Meanwhile, the Chancellor of Sebelas Maret University, Jamal Wiwoho, added that in the midst of the current Covid-19 pandemic, the global economy, including Indonesia, is still experiencing a severe contraction. This of course has an impact on increasing the unemployment rate in Indonesia.

Previously, Minister of Finance Sri Mulyani stated that the Omnibus Law or the Job Creation Law also complements the reform steps that have been taken by the government in the fields of education, health, and state spending.

Sri Mulyani also ensured that she would continue to maintain fiscal policy in order to achieve social welfare targets.

He also emphasized that the Ministry of Finance will continue to coordinate with other ministries and agencies to maintain the condition of society and the economy in difficult times due to this pandemic crisis.

As a new breakthrough in the field of law, the Job Creation Law can be a legal instrument to boost Indonesia’s economy in the midst of a global economic downturn. These strategic opportunities and development opportunities can be taken by Indonesia and must be maximally utilized.

It is hoped that the ratification of the Job Creation Law can unravel the complexity of manpower issues in the country. The Covid-19 pandemic can be a momentum to make improvements and rearrangement of various problems in the economic sector so that Indonesia does not lose momentum to continue to rise after the Covid-19 pandemic.

This regulation is of course necessary to provide protection for MSMEs and cooperatives to enter the formal sector. This is due to the ease in establishing, licensing and financing.

In addition, the government is also aggressively conducting visits to several cities to absorb public input and responses related to the expected written regulations.

By removing major restrictions on investment and providing a signal that Indonesia is open to business, this law can help attract investors, create jobs and help Indonesia fight poverty.

Minister Sri Mulyani also confirmed that economic performance would not recover in a short time, considering that the pandemic has affected economic activity, this can be seen from the sluggish purchasing power of the people.

Economic transformation is certainly necessary so that the economy in Indonesia can revive.

AstraZeneca Vaccine is Safe to Use