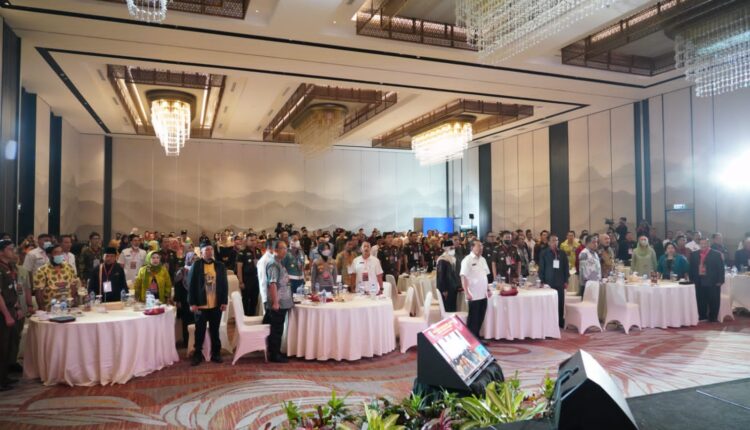 The government has enacted Law Number 1 of 2023 concerning the Criminal Code (KUHP), which is deemed capable of improving Indonesia’s criminal system. The enactment of the Criminal Code came into force after three years of its promulgation, so that currently there is a need for massive outreach to the public.

The new Criminal Code is a form of adjustment to law, circumstances, and the development of the life of a nation and state society and upholds human rights (HAM). The ratification of the Criminal Code was also to replace the old Criminal Code made by the Dutch colonialists during the colonial era, also called Wetboek van Strafrecht (WvS).

Indeed, revisions to the Criminal Code Law (UU KUHP) are urgent and very important to be updated for the sake of perfecting the criminal system in Indonesia. The new Criminal Code is seen as very transparent and democratic where its formulation is colored by the thoughts of the nation’s best experts and the aspirations of the Indonesian people themselves. Moreover, prior to the ratification, various public discussions and socialization had been carried out, both face-to-face and virtually.

Socialization regarding the benefits and urgency of the new Criminal Code is very important, so that the public understands it so that it supports its implementation. Because the Criminal Code is to create a sense of security and justice in the midst of society.

One of the socialization activities of the Criminal Code was held by the Indonesian Criminal Law and Criminology Society (MAHUPIKI) in West Sumatra. The event was held at the Premiere Hotel, Padang, on Wednesday (11/1). The socialization presented a Professor of the Faculty of Law, Semarang State University, Prof. Dr. R Benny Riyanto SH MH, FHUI academics, Prof. Dr. Harkrestuti Harkresnowo SH MA and Members of the Draft Criminal Code Drafting Team who are also Chairman of the Mahupiki Central Executive Board Dr. Yenty Ganarsih SH MH.

In this activity, Professor of Semarang State University (UNNES), Prof. Dr. Benny Riyanto said that the old Dutch-era Criminal Code existed more than 100 years ago, but until now there has been no official translation, so many translations appear that have the potential to cause multiple interpretations. In addition, it does not yet reflect the nation’s cultural values, let alone reflect the basic state philosophy of Pancasila.

On this occasion, Prof. Benny also explained that there were several important points in the ratification of the Criminal Code, including changes in the paradigm of justice. When this has happened, the paradigm shift which was originally retributive in nature has become a corrective justice paradigm for perpetrators, restorative for victims and rehabilitative for both victims and perpetrators. In addition, the ratification of the new Criminal Code is also a manifestation of reform of the legal system as a whole in accordance with the values of the nation and human rights universally.

On the same occasion, Professor of Criminal Law at the University of Indonesia, Prof. Harkristuti Harkrisnowo expressed her support for the ratification of the new Criminal Code. According to him, the new Criminal Code has a number of crucial issues including living law, abortion, contraception, adultery, cohabitation, obscene acts, crimes against religion or belief, crimes related to freedom of expression.

In this case, Prof. Harkristuti gave an example related to adultery and cohabitation where Article 411 of the Criminal Code originates from Article 284 of the Criminal Code which is still valid (Criminal Sanction of 9 months in prison which is a complaint offense. In addition, in the new Criminal Code Law, the authority to complain is expanded, namely husband or wife for those who are bound by marriage and parents or children for those who are not bound by marriage.In this case the police cannot carry out a raid without a complaint from the husband or wife or parents.

Related to this, Trisakti University Law Expert, who is also the Chairman of MAHUPIKI Dr. Yenti Garnasih, S.H. appreciated the ratification of the new Criminal Code. According to him, the National Criminal Code strongly adheres to the values of the Indonesian nation and does not directly follow what was implemented in the Dutch colonial era.

Apart from that, the National Criminal Code has also made several reforms and has embraced universal values, which have always existed until now. But there are things that are not in accordance with the updated Indonesian values.