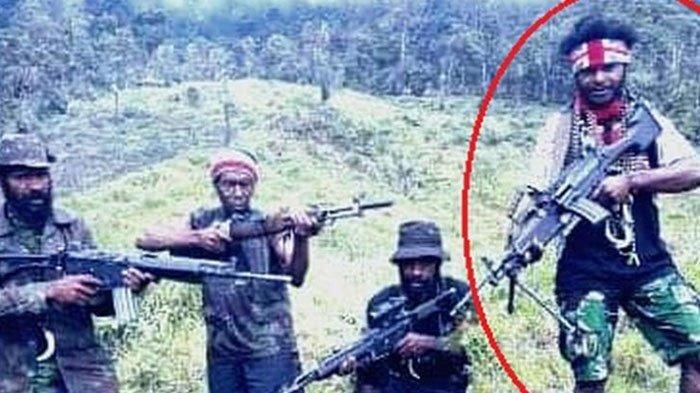 Another bloody incident took place in Papua. A total of 3 TNI members were shot by the armed criminal group (KKB). Luckily they survived and are still in intensive care at the hospital. The KKB atrocities made people angry, because they did it over and over again.

The anniversary of the Free Papua Organization (OPM) on 1 December is always an exciting moment because there is a tradition of going down the mountain. Many KKB members openly appeared after previously being guerrilla, then they showed off their weapons as a form of arrogance. The KKB also did not hesitate to show its shooting skills, so that Papuan civilians would fear it.

Kogabwilhan III Col. Czi IGN Suriastawa explained that on 26 November 2020 the KKB had a gun battle with the officers on guard. There were 3 TNI members who were victims of gunshot wounds. They are Kopda Subair, Serda Abriadi, and Prada Fajar Rosadi. The three TNI members were immediately taken by helicopter to the Mimika Regional Hospital to get first aid.

Colonel IGN Suriastawa continued, this incident occurred at around 15:15 WITA, in Kenyam District, Nduga Regency . Combined troops from Infantry Battalion R 700 / WYC were on patrol, then suddenly they were shot by KKB. In this 30-minute gun battle , the KKB was led by Egianus Kogoya.

Even though it did not take any lives, the KKB still behaved unfairly by shooting at the security forces. They proved to be against the country by being rebellious and wanted to establish a federal republic of West Papua. Even though Papuan civilians already love the Republic of Indonesia and do not want to be invited to join an independent Papuan organization.

The shooting by the KKB also made them violate human rights (HAM). For shooting other people emotionally. TNI troops were on patrol, but were shot at random. With reason they are perawakilan Indonesia, so it should be used as a enemy.

KKB also violated human rights because they could be charged with premeditated murder. Because it is clear that they have firearms and are planning a strategy to attack members of the TNI, if possible all of them will be shot until they lose their lives. If they are caught they will be jailed for their fatal mistakes.

They could also be charged with another article, namely the violation of illegal possession of firearms. Because in Indonesia, people who have pistols and other firearms must have a permit. For example, especially for members of the police and the military. Civilians who have illegal rifles and bazookas will be brought to court.

Human rights violations committed by KKB need to be blown up so that the news goes viral . Because so far they have been playing victims and accusing the authorities of violating human rights by shooting the KKB, or having the heart to shoot civilians. Even though it’s just slander. If the officer shot KKB , was dem apprehend the separatists and protect themselves.

So far, in international events such as UN council meetings, there are elements from Vanuatu who have interfered in Indonesia’s internal affairs and think that our country has violated human rights by colonizing Papua. They should have learned the history of Papua (formerly Irian Jaya), which joined post-war Indonesia, voluntarily. So there is no such thing as colonialism.

The issue of human rights violations like this should be fought, because it is to clear Indonesia’s name in the eyes of the international community. Because the government and the apparatus are innocent. Moreover, the people of Papua do not want to join the OPM and raise the Morning Star flag. They remain loyal and love Indonesia, because Papua is part of the Republic of Indonesia.

The shootings carried out by armed criminal groups are very heinous and make the public even more antipathy towards them. KKB and OPM also always play the victim and accuse Indonesia of violating human rights, whereas what happens is the opposite. The international community is obliged to be aware of this fact and it is hoped that other countries will not interfere with Papua.