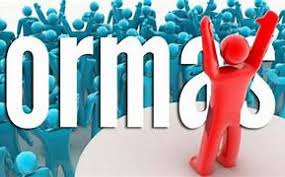 The Prohibition of ASN Affiliated With Radical Organizations Is Right

The State Civil Apparatus is the spearhead in running the government, so it is necessary to be free from anti-Pancasila ideology. Thus, the prohibition of ASN from being involved in banned mass organizations is appropriate because it can disrupt the running of government programs and threaten the nation’s ideology.
Minister of Administrative Reform and Bureaucratic Reform (PANRB) Tjahjo Kumolo prohibits State Civil Servants (ASN) or Civil Servants (PNS) from having relationships or providing support to all banned organizations, including FPI.
This order was conveyed through a circular letter with the Minister of PAN-RB and the Head of BKN No. 2 of 2001 No. 2 / SE / I / 2021 issued on Monday (25/1).
Organizations that are currently declared banned and / or social organizations whose legal status has been revoked are the Indonesian Communist Party, Jamaah Islamiyah, the Fajar Nusantara Movement (Gafatar), Hizbut Tahrir Indonesia (HTI), Jamaah Ansharut Daulah (JAD) and the Islamic Defenders Front (FPI) ).
It is also emphasized in the circular that ASN is prohibited from becoming a member or having other ties, providing support, being a sympathizer to being involved in the activities of a prohibited organization or having revoked its legal status.
ASN also may not use symbols and attributes, or express any relationship with organizations that have been declared banned or whose legal status is revoked through social media and other media.
If proven to have violated these rules, the Personnel Development Officer in each agency will be assigned to impose disciplinary sanctions against the ASN or PNS concerned, ranging from light to severe punishment in accordance with statutory regulations.
Tjahjo said the letter was a follow-up to the government’s steps to confirm the disbandment of FPI. Tjahjo assessed that the arrangement aimed at ASN and PNS is absolutely necessary.
This prohibition is implemented so that ASN is able to uphold the basic values ​​of their obligations. He stated that ASN is the unifier of the nation based on Pancasila, the 1945 Constitution, and Law Number 5 of 2014 concerning ASN.
In the circular letter, it is written that ASN’s involvement in supporting and / or affiliating with banned organizations and / or community organizations whose legal status is revoked can cause negative radicalism in the ASN environment, so it should be prevented.
Responding to this, Deputy Chairman of Commission II of the Indonesian Parliament Saan Mustopa emphasized that all ASN or PNS must be obedient and loyal to the foundation of the state, including Pancasila.
Saan also asked the government to follow up on the circular. He hopes that the government will also conduct supervision and socialization of ASN regarding the prohibition of affiliation with banned mass organizations.
He emphasized that it is not enough just to be a circular, but also must be accompanied by strict supervision, starting from conducting systemic socialization.
Later, the SE will serve as a guide for personnel guidance officials (PPK) to impose a ban on ASN. Quoted from the KemenPAN-RB website, there are 7 things that are prohibited, namely: becoming a member, providing support, being sympathizers, engaging in activities, using symbols, using various media to express involvement and use of attribute symbols and taking other actions related to banned organizations and mass organizations whose legal entities have been revoked.
ASN is a state apparatus that has a duty to serve the people, of course this rule is a form of the government’s seriousness in enforcing discipline for civil servants as public servants. Luqman also considered that the circular regarding the ban on affiliation with the banned organization was too late to be published.
PKB politician Luqman Hakim said the banned organization had also infiltrated ASNs. He also gave an example of the case of the deputy Dean of UNPAD who was removed from his position because he had joined the HTI mass organization. The deputy Dean was removed because he was suspected of being the chairman of HTI Bandung. UNPAD also decided to replace the deputy Dean of FPIK in connection with the information obtained after the inauguration on January 2 regarding the track record concerned.
The deputy chairman of Commission II of the DPR RI also said that the government should have made regulations to prohibit ASN from being involved in banned organizations. Especially organizations that are against the ideology of Pancasila and the 1945 Constitution.
He also requested that there be a follow-up to the circular regarding the prohibition of ASN affiliated with the banned mass organization. Luqman hopes that the government can carry out mapping and profiling of ASNs throughout Indonesia.
Of course, this rule is not excessive, it must be enforced because ASN or PNS must be free from mass organizations that do not conform to the 4 pillars of nationality.