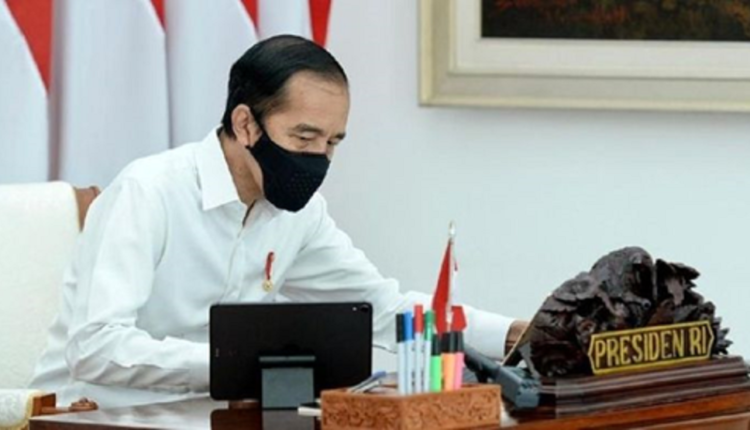 Most of the Indonesian people expressed satisfaction with Joko Widodo administration in the second term. A survey from the Indo Barometer related to public perceptions of Joko Widodo’s year of leadership shows that 64% of Indonesians are satisfied with Jokowi’s government.

Executive Director of Indo Barometer M. Qodari in his online seminar said that the majority of people are satisfied with the real performance, people and a lot of infrastructure development.

This satisfaction figure shows an increase compared to Joko Widodo’s leadership in the first period, namely 46%.

Then, around 77% of respondents said they were satisfied with the democratic system in Joko Widodo’s government. Because the people are free to express their opinions. Even so, 11% disagreed, because they thought the Jokowi government was not taking sides with the common people.

Qodari said that the data was based on a survey conducted on 1,200 respondents in 34 provinces, the level of public satisfaction with the one year Jokowi’s second term.

Qodari conveyed that there were several reasons for the level of public satisfaction with Jokowi’s one-year first term under 50%. One of them is the decline in economic growth.

From the survey, the problem most highlighted was the economic crisis caused by the pandemic. Furthermore, the aspects of employment, stability of prices for basic commodities, health and social assistance.

When compared to the survey in 2015, the current conditions are relatively similar. The difference is, in 2015 it was affected by the economic crisis. While this year the Covid-19 pandemic was hit.

In the situation of the Covid-19 Pandemic, the Jokowi-Ma’ruf Amin Government was running well even though it was still receiving hoax attacks and disinformation. There are at least five government priority programs that have been running optimally and are continuously being improved in the conditions of the Covid-19 pandemic.

Programs that are already running include the Human Resource Development program, Continuing Infrastructure Development, Issuance of the Job Creation Law and the Law on Empowerment of MSMEs, Simplifying the Bureaucracy and Economic Transformation.

Chairman of Benteng Jokowi (Bejo) Jak TW. Tumewan, SE said that the five priority programs had been running in one year of Jokowi-Ma’ruf Amin’s administration. In the Human Resources (HR) development priority program, Jokowi has created dynamic hard workers. This young workforce of workers will be printed with skilled superior human resources, mastering science and technology with a total of 7 million new workforce.

In addition, the government has also succeeded with the Job Creation Law program in order to bypass all forms of regulatory obstacles. Jokowi’s government together with the Indonesian Parliament have succeeded in making the law and it was passed on October 8, 2020.

The Job Creation Law aims to bypass regulations so that it can speed up complicated and lengthy licensing procedures.

Meanwhile, in terms of economic transformation, the government will shift from dependence on natural resources to become competitive in modern manufacturing and services that have high economic added value.

Of course this is to be more profitable economically, for the prosperity of the nation and for the sake of social justice for all Indonesian people. Among them is a program to strengthen natural resources that has been carried out, namely processing palm oil into new, renewable energy into fuel and aircraft aviation fuel. In addition, nickel is produced not only as a raw material but as a finished material for lithium-ion batteries or UPS. So that Indonesia does not only export raw materials, but also sends finished goods that have high economic value.

We need to admit that there is an economic slowdown and weakness. However, after the existence of the Covid-19 Handling Team and National Economic Recovery, the government worked tactical and strategic to restore the national economic condition.

In dealing with a pandemic situation, the Government has also prepared strategies aimed at restoring the economy. Starting with providing stimulus for MSMEs and cooperatives, tax relief for SMEs and PPh, providing social assistance, providing assistance to groups of workers and others. This is certainly proof that the government is not playing games in restoring the national economy.

Of course, in facing all problems, Jokowi cannot work alone and requires synergy from all elements of the nation. However, President Jokowi’s tactical steps cannot be underestimated.