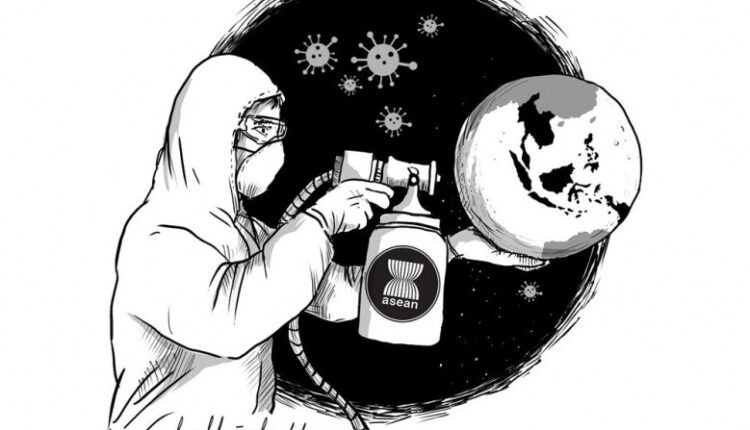 It doesn’t feel like it has entered its 6th month, since the official announcement in early March. The government through a task force to accelerate the handling of Covid 19 is still consistent in always updating the current situation to the public.

Different conditions can be seen in some people who tend to take a neglectful attitude towards this information. PSBB, PKM, AKB or various terms related to limiting physical and social activities are not important for some people. Crowds of people and faces without masks can easily be seen in their daily activities or at work. The statistical data regarding the accumulation of sufferers, the mortality rate and the number of medical personnel who have died do not seem to have an effect on groups of people who have neglected health protocols. The community behavior that we witness is not surprising if we observe the example of the low compliance of society with various legal and other social rules.

In the current era of social media, we can see that the advice not to follow the rules can even be spread by many influencers and celebrity figures with many followers (followers). It seems that the longer the pandemic lasts, it also has the potential to increase hoaxes and public distrust of this disease.

In the midst of a pandemic situation, experts are trying to develop a Covid-19 vaccine. The discovery of vaccines is very important, because in theory, viruses are a type of microorganism that cannot be killed by drugs such as bacteria. Current treatment efforts are still empirical and highly dependent on the doctor’s experience and the patient’s condition.

This long waiting process demands a commitment from the community, to always implement health protocols during activities. The government’s decision to allow people’s economic activities to take place in stages should be understood as actions that still pose a high risk to public health. Currently, the economic and health aspects cannot be considered partially. Both of them need each other. It is impossible for the government to bear all the economic needs of the people by carrying out a strict and long lockdown. Conversely, the economy will also not be possible for people who are sick.

If you reflect on the implementation of PSBB in the past, there are still many people who are confused or do not understand the application of health protocols, so it needs to be improved by reminding each other and also through approaches to influential figures in society or trusted figures.

Religious leaders, company leaders, leaders of community social organizations, to the lowest level need to be routinely briefed on the need to implement health protocols. They need to be made aware to be able to distinguish between myths and facts about Covid-19.

If these community leaders already have the correct belief in health protocols, they will spread that belief to their followers, members, or citizens. Things like that become easier and faster in understanding the public about the importance of maintaining health in order to avoid Covid-19.

The role of the media is also quite significant in literating the public regarding the implementation of health protocols. The media has a very important role in disseminating health information so that people have sufficient information to make decisions regarding the health of themselves and those around them – a role that is as important as the role of doctors, nurses, midwives and other health workers.

In emergency and epidemic cases, the media plays an important role as a mouthpiece between the government or health workers and the public by reporting the latest news and important information related to handling and prevention that can be done at the individual level. No less important, the media also acts as an enabling factor to encourage health-oriented policies and changes in people’s behavior through information and invitations to promote health.

The media policy in deciding which news should be published also contributes to shaping the public conversation. The media can direct the things that should be of mutual concern.