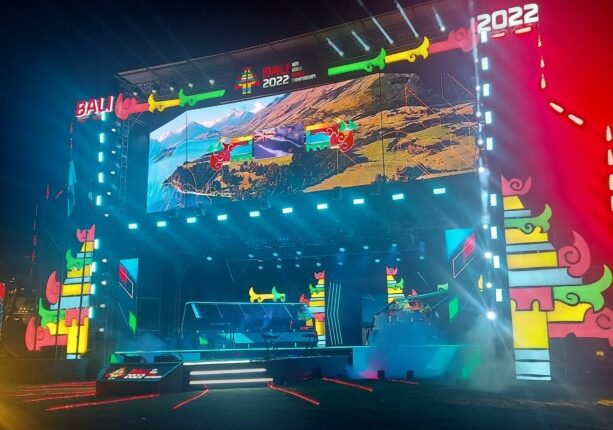 PB ESI’s success in holding the IESF Bali 14th  WEC 2022 event has been able to continue to develop the esports ecosystem in Indonesia to become increasingly peaked until it is widely appreciated by the world.

The Indonesia Esports Summit: Bali 14th World  Esports Championships 2022 has officially closed. The closing took place with great fanfare as the opening was held last Friday (2/12). The excitement and success of the event cannot be separated from the role of the Indonesian Esports General Manager (PB ESI) under the leadership of Jend. Pol (Purn) Budi Gunawan.

The IESF Bali 14th WEC 2022 event  is the largest outdoor electronic sports event in the world and has been officially recorded in the Guinness Book of World Records because it has the most participants in the world, namely 105 countries and around 600 esports athletes all gathered on the Island of the Gods.

As in the opening, do not forget that in closing the event, a variety of typical Indonesian cultures were also displayed combined with modern art. This aims to make local culture proud in the eyes of the world because this event is indeed witnessed by all esports fans around the world.

It is not surprising anymore that with all the efforts that have been made by PB ESI which has designed in such a way how the implementation of the electronic sports world championship in Bali has proven to be able to further enhance the sport tourism ecosystem in the country. When there is an increase in the sport tourism ecosystem, developments will automatically occur in the economic sector and also in Indonesia’s tourism sector.

The Chairman of PB ESI, Budi Gunawan explained that there are many more important factors in organizing esports events. According to him, now esports events can no longer be considered as mere games, but are much more than that, namely the benefits are very many for the nation’s young generation.

Budi Gunawan explained that apart from the game aspect which is able to provide its own entertainment for players or spectators, but esports is also very useful for being able to hone the skills of the younger generation in strategic thinking, besides that it can also increase intelligence and the ability to think creatively, bringing an increase in in the analysis to formulate strategies to bring out strong motivation and teamwork, including also in agility and physical endurance for the younger generation.

According to Budi Gunawan, the benefits of organizing electronic sports are indeed being able to continue to encourage the creation of young people who can become superior in terms of human resources (HR).

For him, young people who are very fond of esports can be nurtured very precisely so that armed with these many benefits, they are able to succeed in various fields such as the military, doctors, IT experts, entrepreneurs, genetic engineering and so on. Precisely with the development of the esports ecosystem among young people, according to him, it will automatically affect Indonesia so that it can become a developed country, respected and respected in the world.

With the many concrete benefits that the world of esports can provide for the younger generation, the Chief Executive of PB ESI, Komjen Pol Bambang Sunarwibowo revealed that so far there has been a lot of support provided by actors in the creative industry for the development of the Indonesian esports ecosystem.

The IESF Bali 14th WEC  2022 which was successfully presented by PB ESI, was able to attract many foreign tourists to come to the island of Bali to witness firsthand the panoramic beauty that Bali has.

So far, the development of the Indonesian esports ecosystem is indeed developing very rapidly, even this new sport with its rapid development can become an industry that has the potential to greatly increase the economic, social and cultural sectors.

Bambang Sunarwibowo revealed that electronic sports are not only capable of being a platform for the actualization and achievement of athletes and the younger generation on the world stage, but also have an impact on driving the recovery of the nation’s economy after the COVID-19 pandemic as a social currency.

PB ESI was able to oversee the success of holding the IESF Bali 14 Th  WEC 2022 until it ends, the Executive Chairman of PB ESI has great hopes that in the future there will be more and more Indonesian esports athletes who are born and talented in their capacity internationally to continue to contribute in making the name of the nation proud in world eyes.

The development of the esports ecosystem in Indonesia has recently continued to increase very rapidly and even continues to peak at the international level. Mainly, this cannot be separated from the hard efforts of PB ESI in the era of Budi Gunawan’s leadership who helped and provided a lot of support to all facilities, including PB ESI’s great success in holding the IESF Bali 14th WEC 2022 to present a very lively  closing .