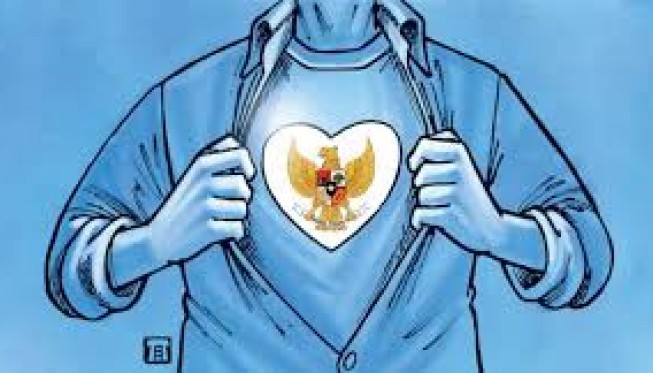 The Urgency Implementation of Pancasila Values

In cultivating the spirit of nationality in every citizen, Pancasila certainly becomes one of the important pillars. Pancasila is important because it has become the ideological basis for the Unitary Republic of Indonesia (NKRI).

The planting of Pancasila values ​​can be started from the smallest environment, the family, where parents play a role in teaching polite manners, respecting parents, introducing them to cultural diversity, or inviting children to see community service activities.

In addition, one example in teaching the first precepts is by introducing how to do obligatory prayers, reading books and religious values ​​that can be applied for good.

As for planting the second precept, parents need to teach children to have a sense of help, help, responsibility and respect for others. For example, by sharing the same tasks with family members.

Parents also need to introduce cultural diversity that is a wealth for Indonesia. Early on, children need to be given an understanding that all diversity in Indonesia can be integrated with Pancasila.

That is, if family resilience runs, then national resilience will also be formed. If a family is messy, one of its family members is exposed to radical understanding, it is certain that national security will be vulnerable.

In the future, Indonesia needs country leaders who are loyal to Pancasila who are at the same time able to lead the Indonesian people to implement their noble values.

Millennial generation certainly needs this, because within 15 years, Indonesia will need them to take control of the leadership of the nation and state.

The threat is that the current millennial generation is still exposed by values ​​that conflict with Pancasila. Such as intolerance, narrow understanding and values ​​that make the country structured.

The question is, if those who are intolerant take control of the leadership in the Republic of Indonesia, then the realization of the third principle ‘Indonesian Unity’ will be difficult to realize.

Besides functioning as an ideology, Pancasila is a philosophy and outlook on life that holds all differences together, and has a central function in various aspects of life such as educational, economic and social aspects.

As the country’s foundation, Pancasila has been formulated through lengthy and careful discussions by Indonesian founding fathers. After that, the state instruments such as the constitution, the constitutional system and so on were born.

Various counter ideologies and movements against Pancasila have been carried out by various elements and groups. This movement against Pancasila has not only the potential for national disintegration, these counter-ideologies have also claimed many lives, as recorded in the course of Indonesia’s history as a nation.

Another threat is the rise of classic social problems such as racial and religious-based social conflicts, human rights violations and the threat of radicalism which have claimed many lives.

This threat does not make the government stay silent, Indonesian President Jokowi is committed to safeguarding the values ​​of Pancasila by forming the BPIP (Pancasila Ideology Development Board). The president has decided that this institution is equivalent to a ministry.

Member of the Steering Committee of the Pancasila Ideology Development Board (BPIP) Mahfud MD explained the background for the formation of the BPIP. According to him, BPIP was formed because of a threat to the ideology of Pancasila.

According to Mahfud, the threat was that there were radical movements that wanted to replace Pancasila with other ideologies. This is based on the results of a survey that says that 9 percent of the Indonesian people do not agree with the ideology of Pancasila. Of course 9 percent of the 260 million people are dangerous numbers for the existence of Pancasila.

The existence of BPIP also received a positive response from the Head of Presidential Staff Moeldoko, his party considered that the existence of the Pancasila Ideology Development Agency was indispensable to ward off the threat of radicalism that undermined the Republic of Indonesia.

He also explained that BPIP is a strategic institution that is considered capable of mainstreaming Pancasila ideology to the public through socialization efforts.

Pancasila values ​​must be instilled by every citizen, not only for the resilience of a nation, but also to realize unity in diversity.

Health Protocol Discipline is the Key Success in Handling Covid-19

Beware of the Spreading Radicalism