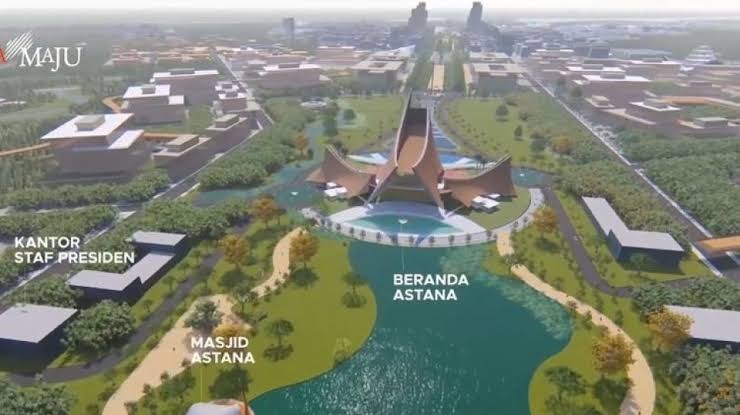 THERE IS STILL RESISTANCE REGARDING THE COUNTRY’S CAPITAL MOVEMENT PLAN

The plan to move the capital city from Jakarta to North Penajam Paser Regency, East Kalimantan continues to cause resistance in the community, including many state apparatuses, although this should not have happened because elements of the state apparatus (ASN/TNI and Polri) are the main supporters of the policy. country and implementation of the Government’s work plan. Moving the capital is not only an advantage in terms of accelerating development in the eastern and northern regions of Indonesia, the relocation of the capital city can also affect the political and socio-cultural situation of the community.

According to the author, the opinion of this opposition figure who once served in the ranks of one of the strategic ministries in the economic field clearly illustrates his shortsightedness and attitude of ” asbun or origin of the sound” towards the plan to move the capital, because in fact this plan has been in mind for a long time, reflecting the visionary government under Jokowi in predicts because it turns out that Joe Biden, who is also the US President, supports the plan to move the nation’s capital, because the US predicts that Jakarta will “go down”.

Minister of Defense, Prabowo Subianto have different views with Said Didu , delivered during medampingi President Joko Widodo reviewing spatula access road to the capital of the country (IKN) in East Kalimantan on the day Tuesday, August 24, 2021, Prabowo assume Indonesian government must take steps to move the capital city so that the center of government and the center of the country’s economy are separated, which will accelerate national development and the country’s economic benefits while taking into account the social, political, and cultural impacts of the community.

The Ministry of PANRB through a document entitled “Notes on the Transfer of the State Capital Aspects of Institutional and Governance”, dated May 28, 2021, stated that in the context of transferring IKN, a law will be formed which will regulate the governance of the State Capital Region (RUU IKN). and a Presidential Regulation that will establish an Institution that will carry out the Preparation, Development, and Transfer of IKN ( RPerpres Otorita ).

In 2023, the TNI and Polri are said to be first assigned to the new state capital, East Kalimantan , to ensure field conditions and regional security. This is because, as soon as the IKN Transfer Bill is passed, government offices and the presidential palace can already be built.

The burden borne by DKI Jakarta as the capital city of Indonesia is very heavy, judging by the economic and government center located in DKI Jakarta. This has an impact on the running of the economy which is no longer conducive, and environmental destruction that can cause difficulty in clean water , high levels of pollution, and the potential for the sinking of DKI Jakarta. In addition, this also causes overpopulation on the island of Java, so that the transfer of IKN to East Kalimantan is very rational. However, some opposition groups will regard this as President Joko Widodo’s move to leave a legacy during his term of office.

The relocation of the state capital to East Kalimantan, which will begin in 2023, is judged by opposition groups (and perhaps supported by some elements of the government bureaucracy) who consider this plan to be a reckless and hasty step, because the government is currently intensively administering vaccines. and strategies for accelerating the national economy. With the state’s financial condition which in essence should be used to build the economy of the people who are heavily affected by Covid-19, moving the state capital to East Kalimantan can be considered as a non-priority thing, because in addition to requiring a large cost, which is around 466 trillion rupiah, it also requires HR lot, is the notion that trying to carry on agitation and propaganda amid public to reject resistance widespread displacement of the nation’s capital.

In relation to this plan, the President may order the Ministry of Tourism and the Ministry of Education and Culture to instill and increase the love for regional culture in Kalimantan to prevent changes in the socio-cultural life of the local community due to being eroded by immigrants, even positive and agile cultural acculturation occurs. in the new nation’s capital, so that conduciveness can be maintained.

Meanwhile, the MPR RI is to immediately complete the PPHN before the first assignment of the TNI-Polri in East Kalimantan, so that the plan for the construction of the new state capital has a strong legal umbrella.

*The author is an observer of Indonesia’s strategic issues. Lives in Pidie Jaya, Aceh.