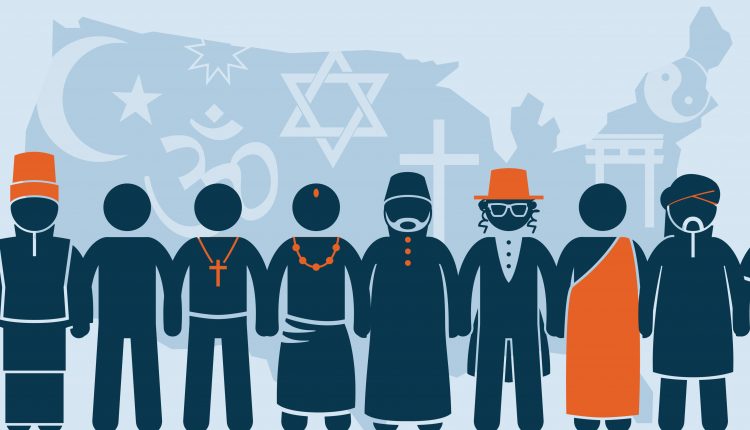 Indonesia is a pluralistic country consisting of many religions. Therefore, tolerance in religion is one of the keys to the progress of the nation.
Has this nation risen from the pandemic? The state of the pandemic is the second hit after the 1998 monetary crisis and the government is trying hard to stabilize the country’s situation, especially in the financial sector. Various strategies were carried out, ranging from making new laws, increasing investment, to promoting religious tolerance.

Why religious tolerance? Coordinating Minister for Human Development and Culture Muhadjir Effendy stated that tolerance can increase a sense of unity and integrity, which is an important capital to build the Indonesian nation in the future. Bhinneka Tunggal Ika is not just a memorized symbol but has a broad meaning, because we have many differences but are destined for one goal.

When there is tolerance, of course, peace will always exist in Indonesia. For example, at the end of the year, when Christians will celebrate Christmas. Then the guard will be even tighter, starting from the street to the front of the religious house. The guards do not always have the same belief, in the sense that they do not celebrate Christmas but participate in preventing chaos so that people can worship in peace.

Another example of tolerance is during Eid al-Fitr. The guests who come to the open house are not only Muslims but also neighbors and co-workers who have other beliefs. They forgive each other and dissolve in togetherness, and are tolerant because they respect each other, even though they have different beliefs.

This kind of tolerance will be a big capital to advance the Indonesian nation. The reason is because if the people are united (even though their beliefs are different) then they will work together in building Indonesia. For example, when there is a flood in a place, they bring donations together and help with the evacuation, without having to ask what your religion is?

When all Indonesian citizens unite without discriminating in their beliefs, they will be united with each other in advancing Indonesia. For example, by creating a company with a cooperative system and some investors have different beliefs but they don’t mind it. Differences are not an obstacle to mutual trust in the field of entrepreneurship.

On the other hand, if there is no tolerance, there will be chaos. Imagine if many young people are intolerant, then when there is a certain religious holiday, the situation will get worse. The security is getting tighter for fear of attacks and brawls.

Therefore, we need to be more frequent in popularizing religious tolerance, so that Indonesia becomes peaceful and Indonesian citizens are united to build the nation. Especially during the pandemic, when we rise from a gloomy period, there is a need for cooperation to advance Indonesia. If all of them fight each other then it is impossible for this nation to progress.

To further promote religious tolerance, it is necessary to add character lessons that also teach tolerance to students, from elementary to high school levels. They need to be taught tolerance from an early age, so as not to become intolerant individuals in adulthood.

To advance Indonesia, religious tolerance needs to be echoed again so that everyone understands how to respect one another. We are obliged to build the nation and maintain cohesiveness. Therefore, it is necessary to add a tolerance chapter in the education curriculum.

Appreciate the Appointment of the First Female Ambassador from Papua