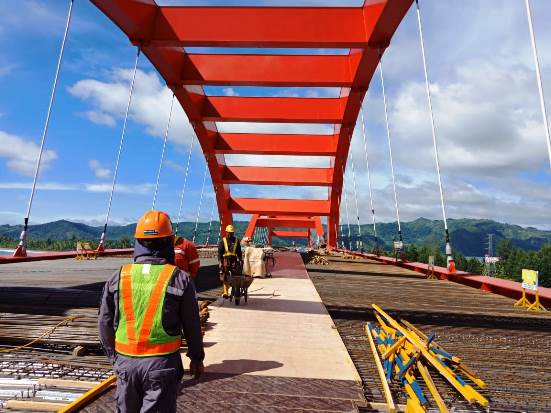 Indonesia’s economic stability and ease of licensing are an attraction for business development, not least in the field of toll road infrastructure. On the other hand, interest in using toll roads will also increase in the future, so entrepreneurs are expected not to hesitate to invest in Indonesia because it still has bright prospects in the midst of the threat of a global recession.

The government through the Ministry of Housing and Public Works (PUPR) opens toll road investment opportunities with a value of Rp 82 trillion. There are 41 toll roads with a length of 2,500 kilometers (Km) which are expected to be built by 2024.

Based on data from the Toll Road Regulatory Agency (BPJT), as of June 2022, there are 2,493.42 km of roads that have been operating in Indonesia and are spread over the islands of Sumatra, Kalimantan, Java and Sulawesi. Until now, there are 66 toll roads that have officially operated and 30 toll roads are currently under construction. On the other hand, the government will soon start the process of constructing a toll road in the Capital City (IKN) of the Archipelago, East Kalimantan.

Previously, the Indonesia Investment Authority (INA) signed two investment agreements on toll roads in Java and Sumatra. President Joko Widodo revealed that the total investment value reached Rp 39 trillion, equivalent to US$2.72 billion. INA signed a master agreement with PT Hutama Karya for a number of investments in toll roads, one of which is the Trans Sumatra Toll Road.

Finance Minister Sri Mulyani revealed that INA also signed a confirmation of the commencement of transactions with Waskita Toll Road, which is a subsidiary of PT Waskita Karya Tbk (WSKT) for two sections of the Trans Java toll road.

Sri Mulyani also said, this transaction is a safe long-term transaction and will provide stable income for INA, which is owned by the government in the majority or as a whole. This signing is INA’s first concrete step since establishing a toll road fund in the previous year which reached US$3.75 billion, with Caisse depot et Placement du Quebec (CDPQ), APG Asset Management (APG) and a unit of the Abu Dhabi Investment Authority ( ADIA) as a partner investor.

In addition, at the same time, this transaction also provides new fresh funds for Hutama Karya and Waskita Karya, because the two SOEs are still being given a mission for the construction of the Trans Sumatra Toll Road which is currently completed for 6 sections along 531 km with a total target of 24 2,800 km long section.

Meanwhile, the construction of the Trans Sumatra Toll Road has enormous economic potential with traffic and economic potential that will provide national economic resilience. Moreover, the Indonesian economy does not only depend on one location, namely the island of Java.

Meanwhile, INA President Director Ridha Wirakusumah said that in fact other projects that are being considered for investment this year include seaport projects, geothermal and health. Assets of wealth funds managed by INA are close to 6 billion US dollars, but aim to increase the figure to between 15 billion US dollars to 20 billion US dollars within three years supported by assistance from co-investors.

President Director of PT BNI Sekuritas (BNIS) Agung Praboro said his party saw interest in toll road investment remains high in the future along with the construction of toll roads that are still extensive. Community activity seems to be getting higher as can be seen from the condition of the increasing volume of toll road traffic. In addition, the development of toll road infrastructure in Indonesia is also growing.

Agung also said that this condition could open access and improve connectivity between regions and regions as well as increase community efficiency and productivity. In the last six months, BNI Sekuritas’ Investment banking division as a financial advisor has successfully helped complete 2 toll road transactions. Going forward, BNI Sekuritas will continue to be committed to assisting the completion of toll road transactions as a form of the company’s commitment to building the toll road industry in Indonesia.