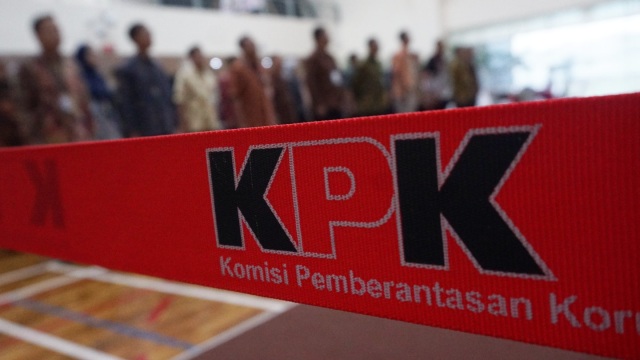 The National Insight Test (TWK) is a mandatory rule that must be passed to become a State Civil Apparatus (ASN). The test is expected to prevent KPK employees from being influenced by radical and intolerant views.

Prince Khairul Saleh as Deputy Chairman of Commission III of the DPR RI said that the process of changing the status of an employee of the Corruption Eradication Commission (KPK) to a State Civil Apparatus (ASN) has been regulated in Law Number 19 of 2019 concerning the KPK and described in PP Number 41 of 2020.

According to him, the consequence of the regulation is that KPK employees will go through various tests before becoming ASN, one of which is the National Insight Test (TWK).

In 2019, the issue of Radicalism at the KPK developed because the selection committee for the 2019-2023 KPK leadership candidate (pansel capim) involved tracking by the BNPT so that the KPK leadership would not be exposed to radicalism because of the alleged tendency of radicalism in the institution.

On a different occasion, the Chairperson of the Setara Institute’s Governing Body, Hendardi, said that the national insight test, which is one of the requirements for the transfer of the status of an employee of the Corruption Eradication Commission (KPK) to a State Civil Apparatus (ASN) is part of the government’s efforts to prevent intolerance and radicalism in the agency.

Of course, not only in the KPK, but efforts to prevent intolerance and radicalism are also carried out in other government circles, such as ASN, Polri, TNI and education sectors, namely universities and schools.

So that anyone who breeds intolerance and radicalism within himself, then he may not pass the test of state and religious moderation.

He also considered that information related to the failure of a number of KPK employees to change their status to ASN, according to him, was normal and did not need to spark debate. There are those who pass and there are those who fail, which is normal.

Of course, the employees of the Corruption Eradication Commission (KPK) will be transferred to the state civil apparatus (ASN) so they must undergo a selection. However, the implementation of this selection has attracted the attention of many parties, especially because the TWK aspect is considered only a formality to remove employees with integrity.

It should also be noted that the TWK in the KPK ASN selection touched on many things such as HTI, FPI and terrorism which were deemed not to be in accordance with the main duties of the employee’s function.

Responding to the polemic, Bima Haria Wibisana finally spoke up, he considered it natural that the TWK question in the ASN selection questioned about radicalism and mass organization, because that is what the assessment wants to assess.

The assessment is actually also useful to see the degree of radicalism of the test takers. So of course it is natural that there are questions or prompts in such interviews to explore the confidence level of the participants.

He also emphasized that the transition of KPK employees to be part of the ASN meant that they had to obey all the laws and defend the country. Where defending the country means also defending Pancasila, the 1945 Constitution and obeying all the laws and regulations. Because this is an ASN oath.

On a different occasion, former Deputy Chairman of the State Civil Apparatus Commission (KASN), Irham Dimy said, the state used the TWK mechanism to strengthen the nation’s ideology, security and the insights of the KPK employees themselves.

Irham said that the implementation of the TWK was also considered not only to have a purpose just to find out a person’s competence in terms of work. Furthermore, TWK has a special purpose in this regard regarding the national perspective itself.

On a different occasion, the Supervisory Board of the Corruption Eradication Commission (KPK) Indriyanto Seno Adji, stated that the KPK should indeed comply with legal regulations from the state regarding the transfer of the status of KPK employees to state civil servants (ASN).

Seno assessed that the transfer of duties from KPK employees to ASN was not related to institutional weakening. This is because the KPK Law has affirmed the position of its institutional independence in carrying out the duties of enforcing the applicable law.

This means that with the new KPK Law, the KPK will continue to operate independently in accordance with its main duties (tupoksi) including carrying out hand arrest operations (OTT) against high officials / past ministers.

Meanwhile, Member of Commission III of the DPR, Taufik Basari, said that changing the status of KPK employees to ASN was not an attempt to weaken the independence of the KPK. Because the transfer of employee status has been declared constitutional in the trial at the Constitutional Court (MK).

)* The author is a contributor to the Bogor Literacy Forum