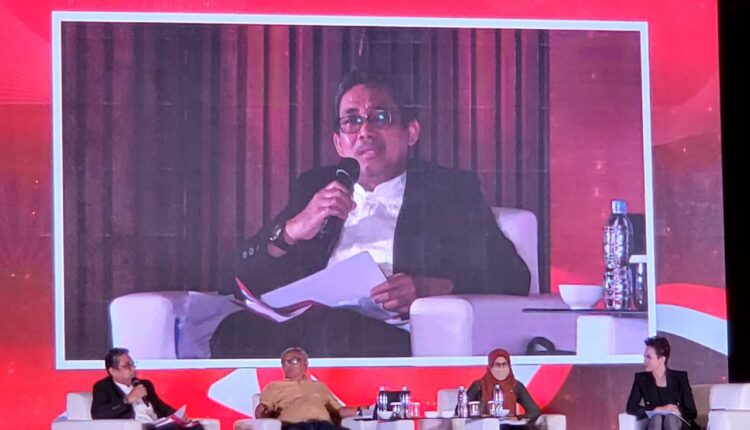 Medan – The new Criminal Code (KUHP) will become effective in 2025 or three years after it is ratified. The Government’s commitment to provide socialization and education to the public regarding the Criminal Code continues to be intensified.

The Indonesian Criminal Law and Criminology Society (Mahupiki) held socialization of the new Criminal Code in Medan, North Sumatra, on Monday (9/1/2023). The event which was held at the Grand Mercure Maha Cipta Hotel Medan Angkasa was the result of cooperation between Mahupiki and the State University (PTN) Faculty of Law, University of North Sumatra (USU).

In his remarks, the Chairman of Mahupiki North Sumatra, Dr. Rizkan Zulyadi conveyed that the national Criminal Code is a legal product of the nation’s children.

“We must be proud that the Criminal Code is a product of the nation’s children and one of the things that differentiates the new Criminal Code is that it contains a balance between human rights and their obligations. This means that the aspects discussed are not only how we demand human rights, but also discuss their obligations,” explained Dr. Rizcan.

Prof. Dr. Marcus Priyo Gunarto, SH, M.Hum, considers that the reaction that has arisen in the ratification of the new Criminal Code is something that is fairly normal and normal.

“Even though it has just been passed, pros and cons have emerged, and even being considered a threat to freedom is a natural thing because this legal product or the Criminal Code cannot be separated from a certain point of view,” said Prof. Marcus.

On this occasion, the UGM Criminal Law Expert explained that there are many advantages of the National Criminal Code when compared to the old Dutch-made Criminal Code.

“Actually, the most fundamental change lies in Book I, because there is a paradigm shift regarding punishment. It turns out that punishment is a tool to an end, so that everything will change the context of criminal justice, “explained Prof. Marcus.

In addition, continued Prof. Marcus, the national Criminal Code starts from the principle of balance.

“In the context of protection, criminal law regulates or limits the arbitrariness of the rulers and members of the vigilante community. One example is regarding cohabitation, there are people who believe cohabitation is prohibited, but there are certain groups of people who still do it. Then there are also other community groups who carry out vigilante raids. When it is determined as a complaint offense, it is limited who has the right to submit a complaint, it becomes a middle way, said Prof. Marcus.

On the same occasion, Prof. Dr. Pujiyono, SH, M.Hum also said, one thing that must be understood first is that in the core law there are norms and values. Norms are formed because there is a basic idea of ​​underlying values.

“Several aspects that form the basis of the national Criminal Code are that in the colonial legacy Criminal Code there has been no separation of individual and cluster aspects; not yet oriented towards people or modern schools; no chapter of guilt or criminal liability; the victim has not got a place or is oriented only to the perpetrator; fines or alternative sanctions are very small or very light because they were of value during the colonial period,” he said.

According to him, with these various basic ideas then came up with ideas in a new Criminal Code with the basic values ​​of Pancasila.

“Maintaining a monodualistic balance; historical experience and empirical conditions; as well as the development of science or theory and the dynamics of society. The drafting of the Criminal Code, which can be said to have taken quite a long time, has attempted to absorb all the aspirations of many groups, taking a humanitarian or criminal orientation approach to perpetrators-victims-society, so as to open up a space or something new to ensure legal certainty and legal reform,” added Prof. Pujiyono.

Meanwhile, Academician of the University of Indonesia, Dr. Surastini Fitriasih, SH, MH considers that the Criminal Code is a regulation that not only provides firmness, but also legal justice in Indonesia. One of them is the existence of alternative sanctions for perpetrators of criminal offenses.

Having Many Alternative Sanctions, the National Criminal Code is Considered Indispensable for the Indonesian Nation