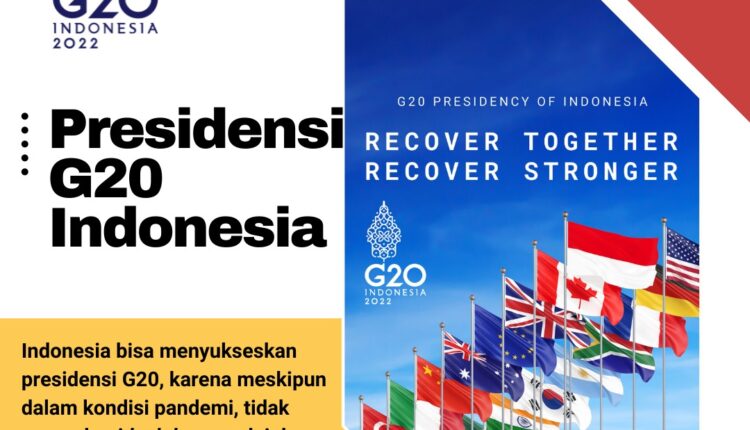 UI Chancellor: Indonesia’s G20 Can Be Successful Because Despite the Pandemic, It Doesn’t Have Lockdown

Indonesia is believed to be able to succeed in the G20 presidency, because until now, despite the pandemic conditions, Indonesia did not experience a lockdown but implemented the PPKM rules which resulted in Indonesia’s economic growth reaching 5%. This was said by the Chancellor of the University of Indonesia (UI), Prof. Dr. Ari Kuncoro on the occasion of a dialogue with Radio Republik Indonesia (RRI).

Indonesia has officially become the Presidency of Group Twenty or G20 since November 22, 2021. The handover of the G20 Presidency by Italy to Indonesia was held in Rome, Italy at the G20 Leaders Summit on October 30-31 last year.

The G20 is not just a meeting between countries that takes place in Bali, but an accompanying meeting whose task is to create networks such as start-ups, innovations in the health and technology fields which will be exhibited in forums with investors, then in tourism and MSMEs.

Of course, the impact of the G20 will certainly increase tourism, but besides that, what is more important is the derivative effect where Indonesia can have networking in all fields.

Regarding the Covid-19 pandemic, according to Prof. Ari, during the implementation of the G20, a balanced approach must be used, such as strict Prokes and the need for quarantine first.

This Macroeconomics and Development expert also explained that the international world actually learned from Indonesia. When the world saw Covid-19, everything was locked down and then opened, it turned out that there was an increase from wave 1 to wave 2. Meanwhile, if the economy was closed due to the lockdown, it would cause problems on the production side, leading to inflation of 7.5% as happened in the United States.

This shows that the approach taken is not appropriate, a balanced approach is needed, such as in Indonesia, which applies PPKM using a flexible level 1-4 spectrum, adjusted for conditions in each region.

The implementation of the G20 which took place at several meeting points was a moment to introduce the territory of Indonesia to the world’s middle class through a very effective Youtube channel. Nowadays people tend to want to have new experiences, so they go to new places and then flaunt them on social media as a form of actualization. This has become a new business in the region, and the G20 is further developing this tourism with advertisements when the event ends.

Prof. Ari said that currently Indonesia has been included in the records of the Johns Hopkins Center for Global Health as the top 4 in dealing with health. This can attract the attention of other countries to study as well or to know the situation in Indonesia. On the other hand, it is also an opportunity for investors to find new locations in Indonesia through the G20 organizers.