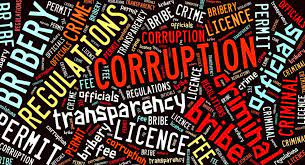 There were 162 (one hundred and six two) corruption cases involving ASN related to village funds in the first semester of 2021, 61 (six one) village heads and 30 (thirty) BUMD president directors and employees. Based on data from the Central Statistics Agency (BPS), the increase in cases of corruption in village funds is in line with the village poverty rate which reached 12.82% or 15.26 million people as of March 2020.

Ministry of Finance data states that the implementation of regional government has various problems in managing village/regional finances, especially those related to integrity, competence and transparency. From 2004-2021, based on data from the Ministry of Finance, there were 127 (one hundred and twenty-seven) regional heads who were convicted of corruption cases.

Handling corruption is an integral part of the implementation of the mental revolution launched by President Joko Widodo, this condition must be a major part in law enforcement and justice in the community, especially in the Government’s efforts to deal with the pandemic through various regulations that have been set to create a sense of justice.

The increase in cases of corruption in village funds every year occurs due to the lack of competence and integrity of village officials in managing village finances, this condition needs to be strengthened by increasing active participation in supervision by the community and institutions related to financial management.

There are 2 (two) stages that have the potential for corruption in village funds, namely at the planning stage and the budget implementation stage. At the planning stage, it is appropriate to involve the whole community in participating in discussing the Village Revenue and Expenditure Budget Plan (RAPBDes) through village meetings (Musdes), but what happened was only attended by a few people closest to the Village Head, and village officials. So that the RAPBDes program that is prepared and planned is solely the wish of the village head who is in control of the profits. Meanwhile, at the implementation stage, it is carried out by using collusion with third parties (partners) to increase the price of goods in the report, and reduce their quality.

Regarding this issue, the President can order the KPK, the Attorney General’s Office, the Indonesian Police and other law enforcement institutions including the Ombudsman of the Republic of Indonesia and academics to increase efforts and narratives to prevent corruption so that it is in line with the President’s directives and programs.

(The author is an observer of Indonesian problems)

Beware of the Third Wave of Covid-19

The Urgency of the Customary Community Bill