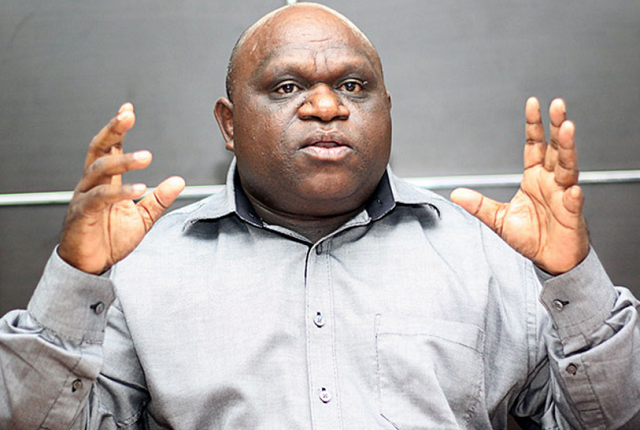 Former Komnas HAM Commissioner Natalius Pigai often criticizes the government with harsh words. This has been done since several years ago. The public is waiting for his contribution to this country, because in reality, he can only curse without giving anything tangible to Indonesia.

Natalius Pigai is a public figure from Papua. Unfortunately he is famous for his big mouth, not for his achievements. It is very strange when every time there is a government policy or President Jokowi’s statement that is disseminated by journalists, he always criticizes it.

First, Pigai considers special autonomy in Papua to be unsuccessful. In fact, thanks to the special autonomy fund, various infrastructures have been established, such as airports, ports, bridges, schools, etc. No wonder the people of Cendrawasih Earth are very supportive of special autonomy and hope that this program will be continued in 2021.

Second, Pigai feels that President Jokowi’s government does not pay attention to the Papuan people. Even though the accusation is wrong, because it is President Jokowi who visits Bumi Cendrawasih more often than previous Presidents. With direct audition, there will be a solution for them.

Worst of all, Pigai alleged that TNI members surrounded 1,300 residents in 2 villages in Mimika, Papua. Whereas what happened was the opposite. The soldiers saved them from the threat of the KKB, to survive the bloodshed.

Instead of busy criticizing the government and slandering here and there, shouldn’t Pigai directly contribute to Indonesian society? Because if he always blames, then he only dwells on the problem, not the solution. As a community leader, he should think positively, not angry.

Natalius Pigai has many relationships because he has served at Komnas HAM. Why didn’t he invite them to do charity work, for example to donate together and donate to the poor and orphans? His position as a community figure should be utilized by doing something positive.

Especially now that the community is still in the period of the Covid-19 pandemic. Many are in poor status suddenly because they lose their jobs. So that if Pigai took the initiative to hold charity activities, it would help many people. Apart from being rewarded, he also helps those who are in distress from feeling hopeless because of the effects of the corona storm.

In addition, the community is also waiting for Natalius Pigai’s contribution as a successful regional figure in Jakarta. At least he could also seduce his relatives to open job vacancies, so that Papuan sons who had migrated to the capital could apply there. So that his life will be more beneficial to others.

Alternatively, he could ask his partner who is a businessman to teach young people from Bumi Cendrawasih to be proficient in doing business, so they can trade and survive in Jakarta. Being an entrepreneur is very beneficial because it increases job vacancies and automatically reduces the number of unemployed people in Indonesia.

Natalius Pigai can also take the initiative to mentor Papuan sons, both in Jakarta, Papua, and throughout Indonesia. Because now online meetings are very easy. He can motivate how to survive and conquer the capital and become a tough person, without having to make fun of other people.

If only Natalius Pigai were willing to make some of these suggestions, many people would be happy because they had many benefits. As a community leader, he should do positive things, not get angry. It turned out that his anger at failing to become Governor of Papua, even though he felt he had helped win the President on Earth of Cendrawasih. So he obsessed with verbal revenge.

The community is still waiting for Natalius Pigai’s contribution to Papuans and all Indonesians. With his position, he should be able to make a lot of positive things that make people enlightened. Don’t just indulge in emotions, but prove what he can give Indonesia.

Homecoming during the Dangerous Covid-19 Pandemic