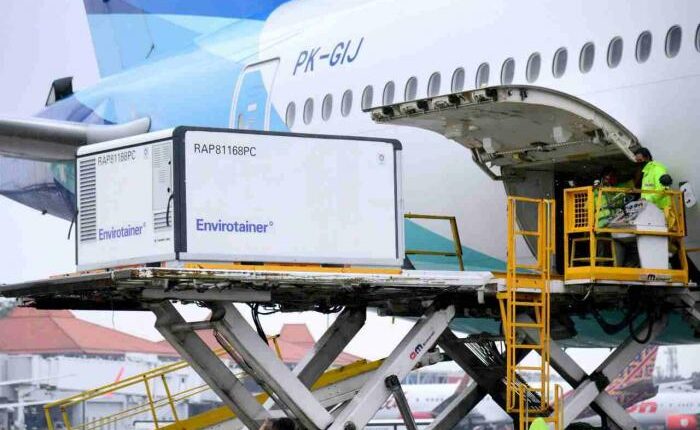 The World Health Organization, WHO appreciates Indonesia in its efforts to accelerate vaccination. This achievement is expected to prevent the spread of the Omicron variant and accelerate Indonesia out of the Covid-19 pandemic.

Efforts to equalize vaccination in Indonesia are considered to have reached the initial target. At least 70 percent of the community has undergone this vaccination as a form of effort to deal with Covid-19.

The implementation of vaccinations to deal with Covid-19 is considered more brilliant. If you look back on history, various government efforts, ranging from optimizing quarantine facilities, strict procedures, PPKM level to vaccination, are claimed to be able to reduce the number of virus spread. On the other hand, the government continues to intensify socialization of the importance of various programs so that the results achieved can be maximized.

The most real challenges, of course, come because technological sophistication plays a role. A lot of news milling about without knowing the truth, sometimes swallowed raw which eventually presents multiple interpretations. Hoax alias fake news generally often happens, because there may be certain parties who do not want this vaccination effort to be successful.

However, it seems that people are getting smarter now. Through counseling, understanding and approaches from the public government are increasingly properly educated. Moreover, the impact of this vaccination is increasingly felt by many parties. It does not directly suppress the transmission of Covid-19. But slowly able to reduce the number of spread drastically. That is, the herd immunity stance is considered to be capable.

Vaccination itself functions as an antibody-forming substance. It’s true that people don’t automatically get rid of Covid-19, but at least they can be better prepared when the body is attacked by the virus. From this understanding, the public then becomes more aware and aware that vaccination is an effort to fight the Covid-19 virus.

The spread of the Corona virus must be anticipated. Moreover, now a new variant called Omicron has reappeared which is claimed to have mutated and is more vicious than before. However, the government still urges not to panic. The most important thing is to apply strict health protocols, to vaccinations.

The latest news says, if Indonesia has succeeded in achieving the full vaccination target. That is, 40 percent of the population had been vaccinated by the end of 2021. As has been determined by WHO or the World Health Organization.

Retno Marsudi as Foreign Minister stated that on December 22, 2021, Indonesia had succeeded in meeting the WHO target. To carry out full vaccination of up to 40 percent of the population. According to its track record, throughout 2021 Indonesia will continue to strive to secure the supply of vaccines for the community. Among them, 20.25 percent of the vaccines came from COVAX, while the rest came from dose-sharing countries which were obtained free of charge.

The number of people who have been vaccinated is confirmed to be around 270 million more, towards the end of December 2021. In fact, this number is said to be the fifth largest in the world after India, the United States, Brazil and China, added Retno. However, the next challenge is the fulfillment of the target of 70 percent full vaccination. Of the total targeted population by mid-2022.

Retno emphasized that health diplomacy would continue to be a top priority regarding Covid-19. In detail, strengthening the national health infrastructure and the health industry, which is around medicines and vaccines.

The government itself has targeted to be able to produce vaccines independently. As well as being able to become a hub for vaccine production in the region. While continuing and encouraging research to vaccine manufacturing networks. Through CEPI or Coalition for Epidemic Preparedness Innovations.

These achievements are certainly quite encouraging news. After struggling with time and various obstacles, the government is finally relieved because the WHO’s target has been well implemented. Just focus on the second target with the 70 percent figure.

The possibility of implementing this vaccination in the future will be easier and more focused because the public will also understand more about the function and purpose of vaccination. However, even though the government has achieved this target, it is also not slack to always urge to continue to adhere to the prokes in a strict and disciplined manner.

In the end, this hard work paid off sweetly. Like rain in the dry season, this news is a big encouragement. Not only that, the road seems to be wide open to be able to succeed in the challenge of meeting the second target. The implication is, this group immunity will be quickly achieved. So that Indonesia will be more prepared to face the attacks of the Covid-19 virus to the Omicron. And able to be free from this pandemic immediately.

)* The author is a student of IISIP Jakarta University

The Government Gradually Pushes the Use of Fuel to Environmentally Friendly