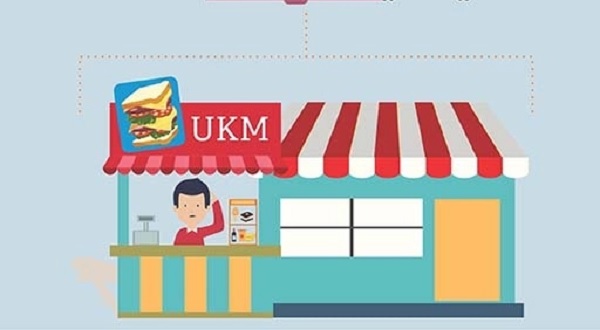 The Omnibus law of the Work Copyright Bill which will soon be inaugurated will change the structure of the labor law. This bill does not only make entrepreneurs profitable, but also their workers. UMKM businessmen also depend on their fate in this bill, because the article mentions the ease of investment and bureaucracy.

The height of the discussion about the Work Creation Bill made MSME entrepreneurs also discuss it. Because their fate inevitably depends on the contents of this bill. The draft and the articles of the bill have been circulating in cyberspace. The draft law contains clusters on rules on employee wages, hours and workdays, investment, labor rights for leave, and others.

One of the concerns is the rules about investment. The plan, investment and investment will be facilitated, including from foreign investors. Bureaucracy will also be shortened in its tracks. Article in the Cipta Karya Bill was made so that the pace of the economy in Indonesia would improve. Also beneficial for all parties, especially MSME entrepreneurs.

Sarman Simanjorang, deputy chairman of the DPP market traders association throughout Indonesia said the MSME cluster in the Cipta Karya Bill was very influential on MSME entrepreneurs. As many as 60 million MSMEs can improve their business, if there are rules in the bill that support activities. The SME business is concerned because it absorbs a lot of labor.

In the Cipta Karya Bill there is a cluster of MSMEs which regulates the ease of making mid-level businesses. So the rules and the bureaucracy are changed to be businessman friendly and no longer use facilitation payments so that the permits can be issued quickly. So entrepreneurs will always be enthusiastic in doing business because they are not deterred by neck-strangling regulations.

In addition, in the MSME Clusters of the Cipta Karya Bill, there were changes in licensing issues. If in the past MSME entrepreneurs had to take care of up to 3 types of business licenses, now it is facilitated to become 1. But this permit is included in its entirety, such as the halal certificate of the product and also SNI. Obtaining 1 permit will shorten the time and energy of the entrepreneur.

UMKM as the main support in the Indonesian economy receives special attention and will enjoy convenience, if later the Cipta Karya Bill is formalized. In addition to the MSME cluster, small and medium entrepreneurs also benefit from the investment cluster. Because foreign investors will easily invest in their companies.

This investment besides being able to grow the MSME business, also adds to the country’s foreign exchange. This is beneficial, because Indonesia can survive the abyss of recession and will not fall into the economic crisis volume 2. Because the country’s financial condition can rise even though slowly. So the Cipta Karya Bill is actually beneficial for the country and its people.

The Cipta Karya Bill was also made so that it could achieve the ideals and vision of Indonesia in developing 2045 and becoming the top 5 global economic powers. With the ease of licensing, investment and simplified bureaucracy, it will facilitate a good economic climate. Entrepreneurs are also excited because they can do business smoothly without having to have KKN.

Therefore, we must support the Cipta Karya Bill. Because the government through the Parliament has also thought about each article carefully. So there will be no complicated and conflicting rules. The articles in the Cipta Karya Bill will certainly benefit both workers, employers and ordinary people.

The inauguration of the Cipta Karya Bill is anticipated by many people, especially MSME entrepreneurs. Because it can push their economies forward and improve Indonesia’s financial condition. MSMEs can be a strong industry because of government policies that support them. Can also increase the nation’s economic competitiveness.

Radicalism Threatens the Unity of the Republic of Indonesia