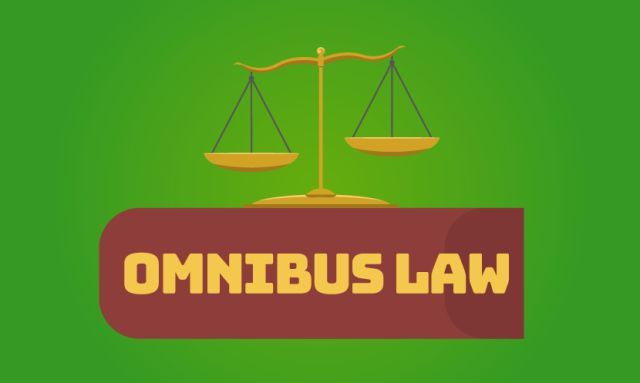 The world of work was seriously affected during the pandemic, especially those affected by downsizing. To rise from this condition, of course, a breakthrough is needed that can move the economy stretching so that the welfare of workers can be well protected. One of them is through the Work Cipta Bill.

The Employment Copyright Bill is considered to be a breakthrough made by the government to help and protect the workforce until the new workforce candidates. With the existence of this bill, the investment climate in the country is expected to improve and new jobs can be created as a result of investment activities.

According to him, one of the issues that troubled millennials and the new workforce was related to the regulation of foreign workers (TKA) who were about to enter Indonesia in the Work Creation Bill.

Tajudin said the issue that said foreign workers would flood Indonesia was incorrect. He has also conducted research and found data that the government actually protects domestic workers and provides tight controls for the entry of foreign workers into Indonesia.

There are also rules that foreign workers are prohibited from occupying positions in the personnel field and foreign workers will be returned to their home countries when the contract is completed. So he concludes that the amendment of the Manpower Act to the Employment Copyright Act actually controls the existence of TKA by the government.

On different occasions, the Work Cipta Bill was also considered to be Indonesia’s need in anticipating global dynamics. The regulation is needed in order to attract investors so that it is expected to improve the welfare of the people of Indonesia.

Willy Aditya as the Deputy Chair of the Legislative Body (Baleg) of the DPR said that the Work Draft Bill that will be discussed at the DPR RI aims for the Indonesian people as a whole.

He also said, as a new breakthrough in the field of law, the Employment Creation Bill could be a legal instrument to boost Indonesia’s economy amid a global economic downturn. These strategic opportunities and development opportunities can be taken by Indonesia and must be utilized to the full.

Willy also alluded to a demonstration against the Cipta Karya Bill which was carried out by a number of community elements, especially laborers. He considered that the action was a natural thing in a democratic country.

Meanwhile, the Chancellor of the University of Indonesia Prof. Ari Kuncoro, Ph.D. said the Employment Copyright Bill if stripped down of its substance, then the community would relatively have very good agreement.

Cyrus Network explained the results of a survey in which the community’s approval was quite high on the content or substance of the Cipta Karya Bill, such as job creation, ease of establishing a business, and improving regulations.

Cyrus had carried out a survey on July 16-20, 2020. It could be said was the first face-to-face survey that was held nationally after Indonesia was attacked by the Covid-19 Pandemic.

It was noted that 80% of respondents who had heard about the discussion on the Work Cipta Bill, felt that job creation should be created as widely as possible by the government.

In fact, as many as 85% of respondents are aware and agree that job creation needs to be done by facilitating investment entry requirements and establishing a business in Indonesia.

Therefore, the Cipta Karya Bill could certainly be the most likely strategy taken to resolve the economic problems that arise due to the co-19 pandemic.

The co-19 pandemic has had quite a serious impact, in addition to downsizing human resources in various industries and businesses. The new workforce is also increasing so there is a need for regulations that accelerate the creation of employment in Indonesia.

) * The author is a contributor of Reader Institute

Controversial Article is not Exist in the BPIP Bill