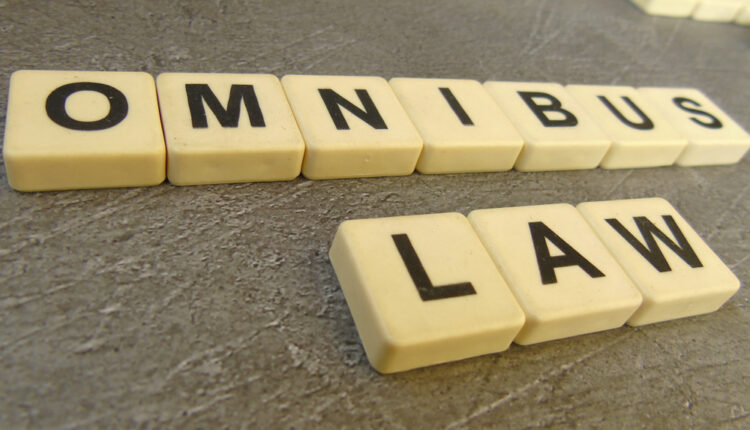 By: Dodik Prasetyo) *
The Omnibus law of the Job Creation Law which was inaugurated this October, received appreciation from the World Bank. According to him, this law will stimulate the economy in Indonesia to revive and revive, so that the country is free from the threat of recession. This appreciation is certainly encouraging because this law has proven to have a positive effect.
The community was noisy when the omnibus law of the Job Creation Law was inaugurated. There are pros and cons ahead of changing its status to a legal law. However, this was denied by President Joko Widodo’s speech, which explained at length about this law and straightened out the hoaxes that surround it, so that there will be no more misunderstandings among the people.
After this law was promulgated, there were major changes in the fields of economy, investment and labor, etc. Because the omnibus law has dozens of clusters that will change the face of Indonesia for the better with progress in this area. Changes are indeed surprising but that does not mean they are negative, because this law has been proven to make the state’s condition positive.
The World Bank, through its Senior External Affairs Officer, Lestari Boediono, stated that the work copyright law was able to restore the Indonesian economy so that it was no longer choked up. In addition, changes in the country’s finances will take place in the long term. In a sense, this law does not merely create short bursts of change which do not mean big.
In the Job Creation Law there is a cluster of ease of doing business and investment. So that the World Bank considers this to be good for Indonesia’s finances. Investment licensing will be simplified and expedited, thereby attracting investors. So that there will be many cooperation projects in Indonesia that can absorb a lot of workers and reduce unemployment.
Investment is very important because one of the signs that a country is considered developed by the World Bank is how much it is investing. This means that Indonesia can be trusted by many foreign investors, once they are satisfied with the contents of the Job Creation Law. Our country can change its status from a developing (middle) country to a developed country, because there is an increase in per capita income.
Changes in the economic sector after the existence of this law have indeed occurred in the long term. So, people should not be surprised when within a month after the law was enacted, there has been no increase in state revenue. Because it really takes a process to improve the country’s finances which had been shaken because of the impact of the corona storm.
But long-term change is also good, because it can have an effect not only for a year, but for the next decades. For example, in the Job Creation Law, there is an easy way to get an official license from a business entity. So that entrepreneurs can get legality, be registered at the Cooperatives and UKM Service, and get priority to become entrepreneurial training participants.
UMKM entrepreneurs will receive many benefits. In addition to obtaining official permits and facilitating export routes (because foreign clients require business legality), they can get attention from the Cooperative and UMKM Office. After attending business training, entrepreneurial skills and knowledge can develop rapidly.
Many MSMEs are assisted by the government because they are the backbone of the country’s economy. The majority of entrepreneurs in Indonesia are MSMEs. So the government is grateful and provides many facilities and benefits to them. So that his business can move forward. If business develops and purchasing power increases, our economy will move forward again.
The World Bank’s appreciation of the Job Creation Law is a gift to the government, who worked hard to draft it. This law has proven to have a positive impact on the Indonesian economy and has proved to be not only beneficial for entrepreneurs. But also for all people in this country.