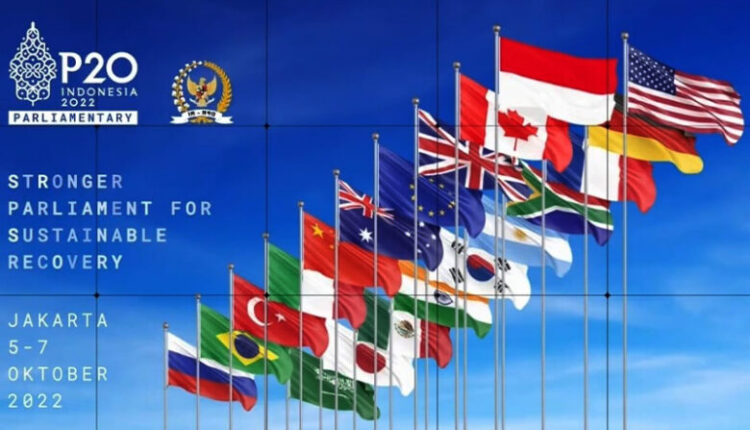 Efforts to be able to carry out economic recovery in the world community have been greatly helped by the G20 presidency in Indonesia, because the international forum discussed how the roles of countries in the world can unite and work together to overcome challenges together.

The G20 was formed in 1999 with the aim of discussing policies in order to achieve international financial stability. This forum was formed as an effort to find a solution to the global economic conditions hit by the global financial crisis in 1997-1999 by involving middle-income countries and having systemic economic influence, including Indonesia.

So that it can be said that the economic crisis itself has happened several years ago, and one of the world’s solutions to be free or achieve economic recovery quickly and together, especially helping developing countries is by holding the G20 .

Recently, the threat of a global economic crisis has hit again, especially in 2022 to 2023 which many experts predict that the world will face the threat of a global recession. Indeed, many factors have contributed to this, including after being hit by the COVID-19 pandemic to the geopolitical conflict between Russia and Ukraine.

With the very important role of the G20 member countries in the world economy, it is not surprising that the policies or solutions in the G20 forum will also have a big and long impact on the fate of the global economy in the future. Including how to quickly be free from the shackles of the threat of the economic crisis.

Meanwhile, the General Chairperson of the Indonesian Employers’ Association (APINDO), Hariyadi Sukamdani, explained that it is absolutely undeniable that all the activities of the Indonesian G20 presidency have had a positive impact, especially in order to achieve economic recovery together.

According to Hariyadi, especially when talking about the economic recovery of the people in Indonesia, it is clear that it will be very helpful. The reason is that holding the G20 Summit can help increase the country’s foreign exchange so that the economic recovery in Bali and its surroundings will be better, including also allowing the international community to know what kind of potential Indonesia has so that they will be interested in investing in the country.

Actually this is not only happening in Indonesia, but also for other countries in the world, especially in developing countries or even vulnerable countries. The reason is that the G20 Summit will certainly make its members move to be able to help each other. Especially developed countries will also be encouraged to defend other countries.

In addition, the existence of this international forum can encourage all countries to be able to be proactively involved in various forums to increase international cooperation between countries so that the improvement of good relations between G20 member countries is even better.

As already mentioned, one of the causes of the threat of the recent world economic crisis is due to geopolitical tensions between Russia and Ukraine. increased relations between the G20 are also becoming closer.

The event of the G20 Indonesia Presidency is not only in the interests of the elite, but according to the Chairman of APINDO, it is precisely businessmen who can take part in the success of the peak of the implementation of the G20 . Furthermore, APINDO itself firmly stated that it fully supports Indonesia’s G20 performance , including a commitment to be ready to assist the succession of the international summit event . According to him, it is very important that fellow entrepreneurs can offer many opportunities for cooperation.

In fact, it has become one of the main priorities carried out by Indonesia as the leader of the G20 , namely how to be able to continue to maintain a strong, sustainable, balanced and inclusive economic recovery. Knowing these priorities, suddenly the G20 member countries also gave their appreciation and also very strong support to Indonesia.

Given this increasing global economic risk, suddenly the view that many G20 members have raised is that all of them must have an awareness that it is very important for sustainable global coordination to be able to answer and overcome these various challenges.

Indeed, it is impossible for a country, even though it has become a very developed country, but in order to be able to continue to survive, let alone overcome the current world economic turmoil, the country must also need help from other countries and cannot handle it alone. With the G20 Presidency of Indonesia, it is very helpful to accelerate efforts to recover the world’s economy.