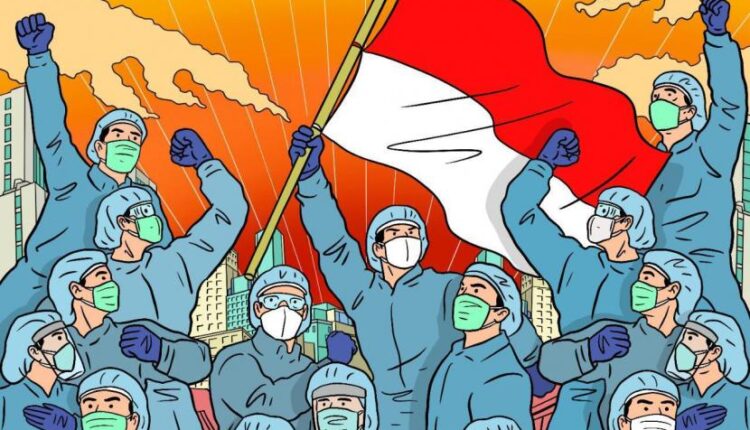 National expert Yudi Latif stated that Pancasila as the basis of ideology for Indonesia has gone through a long process in its formulation considering that Indonesia is a multicultural country, namely various ethnicities, cultures, languages, and religions, such as the cornucopia in Indonesia.

In the formulation process, it is certainly an important consideration in order to accommodate the interests, welfare and justice needs of all people and also as the glue for diversity or as the character of the nation.

Included in the situation of the Covd-19 pandemic, with the presence of this multicultural society, Pancasila has become a meeting point that arises from a common awareness of a critical situation to build a great and just nation.

“In the current situation, which countries are not affected by the corona, almost all of them have been affected. But awareness, justice, mutual assistance can only be found in Indonesia. Because there is Pancasila which is a shield for the nation, “said Yudi in an online webinar with the theme” Strengthening Pancasila as the National Ideology in the Middle of the Covid-19 Pandemic “, Monday (28/9/2020).

“The principle of justice is the core of divine moral, the basic foundation of humanity, knot of unity, the dimension of people’s sovereignty. On the one hand, the realization of social justice must reflect the ethical imperative of the other four principles, “he explained.

However, of course the state is not the only actor that is responsible for the realization of social justice and welfare, but the active role and sense of responsibility of every citizen also helps to realize the fifth principle, of course with a different portion. The state is the bearer of the first duty, while the citizens are only a complement to the vacancies that are beyond the reach of the state.

“This is the condition of the Indonesian people, since the corona crashed, the values ​​of Pancasila have begun to be felt. Where one cares for each other, mutual cooperation, regardless of ethnicity, religion, or class, “he said.

The former Head of BIP still said that social justice is not only a way of sharing but also how to grow it.
Pancasila has an ideal concept, but in practice we must fight for it together. The affairs are not only left to the State, but the integrity of the life of the nation and state, ”he emphasized.

He said that with the knots that Pancasila has, it should be strengthened, strengthened so that it is able to weave a sense of unity and integrity and justice, but on the other hand, if you want to be strong, you must be able to uphold the values ​​of justice. Thus Yudi Latif.

OMNIBUS LAW PROSPERITY OF THE COMMUNITY