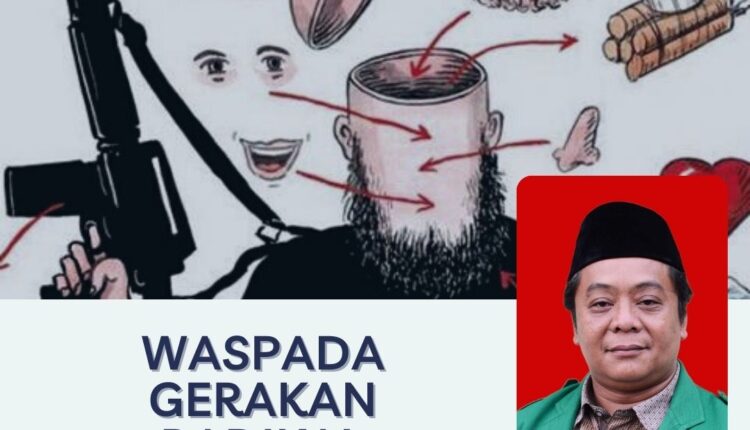 Jakarta, CIDISS.CO – The chairman of the West Java Ansor Youth Movement, Deni Ahmad Haidar, said that all Elements of the Nation must unite to reject radical movements under the guise of da’wah. There should be no radical da’wah that incites the public to change the nation’s ideology and want to change the Indonesian state. It’s all illegal.

This was stated by the chairman of the West Java Ansor Youth Movement, Deni Ahmad Haidar, or usually called Kang Deni, during an online dialogue in the National Dialogue program on Pancasila TV, 22/8/2022.

Kang Deni said religious leaders must together with other elements of the nation educate the public so that there is no wrong understanding of their religion so that they can carry out religious life in Indonesia peacefully.

Indonesian people must understand that humans are actually created differently, so we must also understand these differences in daily life, said Deni Haidar.

There needs to be vigilance against transnational ideologies that want to enter Indonesia because basically these ideologies have a political goal by changing the shape of the state and destroying the legitimate government, so that the Indonesian people must really be aware and understand the politics wrapped in such a religion. , said Kang Deni.

Kang Deni said that the public needs to appreciate the Government for setting the issue of radicalism and intolerance as a mainstream issue so that it returns to community participation to understand that Islam that has existed so far is tolerant of others and is not radical.

It is important to harmonize the educational curriculum so that it is not infiltrated by radical ideas so that educational guidelines and guidelines are properly directed with true religious understanding, said Deni.

Indonesia, a country that our ancestors endeavored to become a place to live together, a place to live together, and a place where everyone gets the same rights proportionally, of course, we must protect. In this country, Muslims can be very Islamic without being contradicted by their Indonesianness. So we have to make sure that we are Indonesians who are Muslim so that Indonesia and Islam can go hand in hand. Indonesia was founded by figures who understand religion properly and correctly, so there is no reason to change the ideology and state of Indonesia, concluded Deni Haidar.