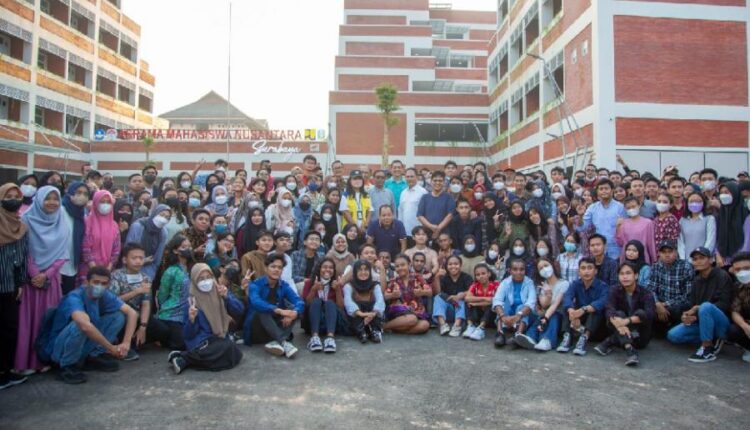 The Archipelago Student Dormitory (AMN) is the ideal place to groom future national leaders from the younger generation among students, because it will accommodate all outstanding students receiving scholarships from various provinces without distinction.

The construction of AMN in Surabaya has been carried out by the Ministry of PUPR since last September 2021 and has been 100% completed in May 2022.

The Director General of Cipta Karya, Diana Kusumastuti said, AMN Surabaya is able to accommodate as many as 532 students, 40% of which are planned to be filled by native Papuan students who are studying higher education in Surabaya and its surroundings.

Diana added that currently AMN has begun to be inhabited, and it is not only intended as a residence, but also for development activities with an archipelago insight character supported by the State Intelligence Agency (BIN).

“Currently AMN Surabaya is managed by the National Development University (UPN) Veterans and is already inhabited by around 410 students from various universities in Surabaya and its surroundings. Aside from being a residence for scholarship recipient students, AMN Surabaya also functions for coaching activities whose implementation is supported by the State Intelligence Agency (BIN),” said Diana.

Not only does it have an important role in student development, but long before that, BIN also played a role as a catalyst for the construction of student dormitories which are inhabited by outstanding students throughout the country. BIN wants AMN to become Candradimuka, a candidate for National Leader.

The guidance of students living in AMN is carried out by BIN with the aim of increasing competence and understanding of nationalism, citizenship, the character of Pancasila students, defending the country, entrepreneurship, leadership, and pioneering.

Meanwhile, the Minister of PUPR, Basuki Hadimuljono, who had the chance to directly inspect AMN in Surabaya, said that the dormitories were of good quality.

“The build quality is good and the landscape is satisfactory,” he said.

The Head of the East Java Regional Settlement Infrastructure Center (BPPW), M. Reva Sastrodiningrat explained that the AMN construction was carried out by contractors PT Nindya Karya (Persero) Tbk and PT Parigraha Konsultan as Management Consultants, with a contract value of up to IDR 95.4 billion. Reva stated that there are 2 towers with 5 floors. Not only that, AMN is also equipped with other supporting facilities.

“The dormitory building consists of 2 towers as high as 5 floors with a total of 188 rooms to accommodate 528 students,” he said.

All the facilities provided at AMN, said Reva, were aimed at outstanding students or those who received scholarships.

“Each room is 3 x 3 meters in size and can accommodate three students per room. Later the residents will be outstanding students or get scholarships,” he said.