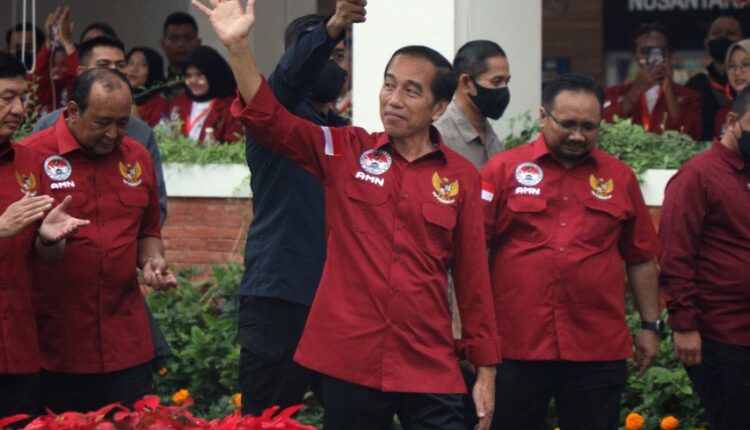 Head of the State Intelligence Agency (BIN), Budi Gunawan , said in accordance instruction President Jokowi, goal from AMN development is for be a model house Diversity and Home Together Archipelago aimed at to students _ with carry the values of Pancasila and Bhineka Tunggal Ika .

AMNs are effort collaborative from several Ministries and Institutions such as BIN, Ministry of Defense , Ministry of PUPR, Ministry of Education, Culture , Research , and Higher Education, Ministry of Religion, and Ministry of Maritime Affairs and Fisheries . Besides In addition , the development of AMN also involves Regional Government and Universities located around the area . _

Student Dormitory (AMN) is a dormitory built by the ministry Work Public and Public Housing (PUPR) accordingly with Regulation President ( Perpres ) Number 106 of 2021. Decree for Secrete perpres the according to writer is right thing _ in build a sense of diversity and unity of Indonesia. it _ poured in Perpres Number 106 of 2021 which weighs that for increase score diversity nationalism and fraternity compatriots for students who have diversity ethnic group nation , language , culture , and religion and origin from various college tall need conducted assimilation student through development and management of student dormitories archipelago .

Related with the AMN program, the State Intelligence Agency will become the leading sector in coaching conducted at the Archipelago Student Dormitory . BIN is institution non- ministerial government on duty doing Duty government in the field Intelligence . BIN that has Duty as line first in security national this will foster students _ AMN residents .

Writer see , BIN which is engaged in fields intelligence have extensive knowledge and intelligence _ as well as ability in guard unity and union the Indonesian nation has role important in build student AMN expert . BIN has capacity in build nationality , nationality , character students of Pancasila, state defense , entrepreneurship , leadership , and pioneering in accordance from what ‘s listed in Perpres Number 106 of 2021.

Archipelago Student Dormitory (AMN) can also used for build brotherhood between student from various tribe in one place . Writer think , nursery the value of the Archipelago and Diversity could awakened in one mutual process know daily them . So interaction in the hostel is effective thing . _

Vision from AMN development _ is unite difference incoming students _ from whole Provinces in Indonesia. So that they can mingle from various Tribe , Religion, and Race. For that , BIN as the leading sector in To do coaching to AMN students must can prepare training forms in a manner substantive in accordance with the indicators listed in the Presidential Decree Number 106 of 2021 which is breath from the Archipelago Student Dormitory .

The development of AMN in Surabaya is an accurate strategy Government for unite future youth will Becomes leader nation . because _ that , already properly , policy the get appreciation from all party .