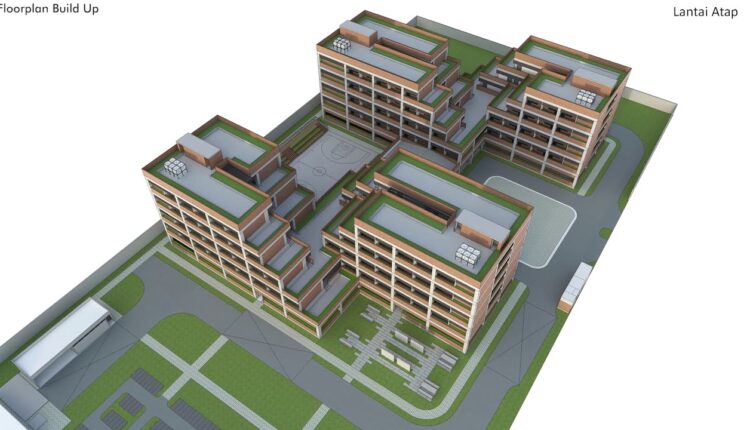 The development of the Archipelago Student Dormitory (AMN) in Surabaya is expected to be able to produce future generations of the nation who have an Archipelagic perspective and uphold the values of Pancasila and Bhinneka Tunggal Ika. This development is also expected to continue in various regions in Indonesia.

The AMN in Surabaya is planned to be inaugurated by the President of the Republic of Indonesia, Joko Widodo (Jokowi) on November 29, 2011. There are many expectations from various parties related to how the AMN will be managed and functioned in the future.

The development of AMN in Surabaya is an effort of the State Intelligence Agency (BIN) in order to unite students from various ethnic groups, languages, cultures and religions; who come from various regions in Indonesia and are multi-university in nature. The President of the Republic of Indonesia then assigned BIN to become a catalyst for the development of AMN and issued Presidential Regulation (Perpres) Number 106 of 2021 concerning Archipelago Student Dormitories (AMN) as the basis for this development.

In addition, BIN also has a function to provide guidance on several student activities in AMN. The aim is to increase competence and understanding of nationalism, citizenship, Pancasila student character, state defense, entrepreneurship, leadership, and pioneering.

In the future, AMN will be able to accommodate students from all corners of the country, regardless of their ethnic, religious or racial background. Inside there are also lots of supporting facilities such as a library, multipurpose room, entrepreneurship room and so on. All of these facilities can be enjoyed and accessed by all dormitory residents.

The Governor of East Java, Khofifah Indar Parawansa said the development of the AMN in Surabaya was an event to formulate prospective leaders for the next generation who prioritize insights with Indonesian character with value from the spirit of Pancasila to Bhinneka Tunggal Ika.

This is a form of service from the Government to represent how the motto of Bhinneka Tunggal Ika is implemented concretely in Indonesia, especially in the scope of students.

Governor Khofifah also has hopes for all AMN resident students to be able to continue to support and give each other their appreciation for all the differences and diversity they have.

The process of being able to produce the nation’s next generation with the character values of Pancasila and Bhinneka Tunggal Ika was also put forward by the Director General of Human Settlements, Diana Kusumastuti, who explained that the use of AMN is not just for housing.

According to him, the AMN in Surabaya also functions as a place for education and character formation for future generations of the nation. They will continue to be fostered with many kinds of activities, the implementation of which is directly supported by the State Intelligence Agency (BIN).

It is undeniable that the development of future national leaders that BIN seeks is very important because it makes students more aware of how valuable and important it is to be able to continue to maintain the unity and integrity of the Unitary State of the Republic of Indonesia.

The spirit of maintaining the unity and integrity of the Unitary State of the Republic of Indonesia must also be in accordance with the implementation of the basic values of the Indonesian state, namely Pancasila which must be embedded in the soul of each of these students, including the motto Bhinneka Tunggal Ika.

On another occasion, the Head of the State Intelligence Agency (BIN), Budi Gunawan said that ideally the Indonesian people should not have a partition that separates them, whether they come from western, central or eastern Indonesia. The entire community must be able to unite with the foundation and spirit of Pancasila values.

The Head of BIN also added that there must be enthusiasm to be able to promote mutual cooperation in all aspects of social, national and state life, because these values have long been one of the identities of the Indonesian nation.

Therefore, the values of Pancasila and Bhinneka Tunggal Ika are very important to continue to encourage their actualization in society, including instilling them in the nation’s future generations. These two values must become a way of life for all Indonesian people, where one of the concrete efforts is the establishment of AMN in Surabaya.

)* The author is a contributor to Persada institute