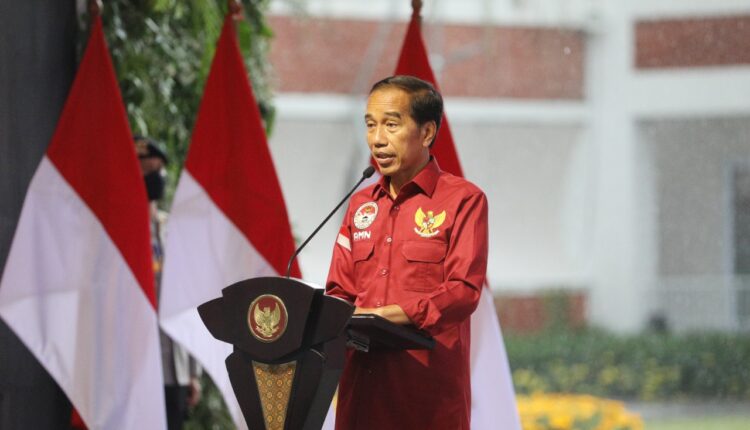 Construction of AMN in Surabaya began work on September 17 2021 by the Ministry of Public Works and Public Housing (PUPR) by utilizing land belonging to the East Java Provincial Government covering an area of 9,975 square meters.

AMN is a forum for uniting students from various ethnicities, languages, cultures and religions who come from various regions in Indonesia and from various tertiary institutions.

In his remarks, the President revealed that the first proposal regarding the development of the AMN came from 61 Papuan figures who at that time came to the State Palace.

President Joko Widodo said that Indonesia has 714 different tribes. This means that diversity is a strength, not a weakness.

“Indonesia’s diversity is a strength, not a weakness. If we can be compact, harmonious, and united. Therefore, I immediately submitted the proposal regarding AMN and approved it , “said the President.

It is known, this dormitory building will be granted and managed by the Ministry of Education and Culture and Research and Technology together with the State Intelligence Agency (BIN). This coaching by BIN at AMN is a very effective effort in realizing diversity care .

After it is inaugurated, AMN Surabaya will be used as a place to build the diversity of students from various regions studying around Surabaya.

Previously, East Java Governor Khofifah Indar Parawansa revealed that the development of this AMN would later become a place to produce leaders who had the character of Bhineka Tunggal Ika.

“In my mind, the seeding of Nusantara values and diversity can be built in a process that knows each other on a daily basis. So interaction in the hostel is an effective thing,” said Khofifah.

Furthermore, Khofifah hopes that students at AMN can give each other an appreciation of the differences and diversity of each ethnic group, language and religion.

Meanwhile, the Head of the East Java Regional Settlement Infrastructure Center of the PUPR Ministry, Muhammad Reva said, the AMN construction was used to accommodate outstanding students from various regions of Indonesia studying in Surabaya.

“This dormitory was built to accommodate outstanding students from various regions throughout Indonesia who are studying in Surabaya or in regencies and cities in East Java, but specifically for Papuan students as much as 60 percent,” said Reva.

In line with Muhammad Reva, Deputy Dean for Academic Affairs of the Faculty of Sports Science (FIO) at Surabaya State University ( Unesa ), Dwi Cahyo Kartiko also explained, the AMN program is the government’s effort to expand access to quality higher education for generations of nations for equal distribution of quality human resources.

“We strengthen the younger generation so that later they can develop the region and become the vanguard of strengthening Pancasila values and love for the motherland in their regions, so that they are not easily influenced by movements that threaten the unity and integrity of the Indonesian nation,” he said.

Currently, as many as 56 sons and daughters from Papua have been accepted at FIO Unesa through the AMN program. After the inauguration, AMN will accommodate many students from various regions for educational equity and to foster a sense of nationality. AMN will function as a unifier for the sons and daughters of the nation.