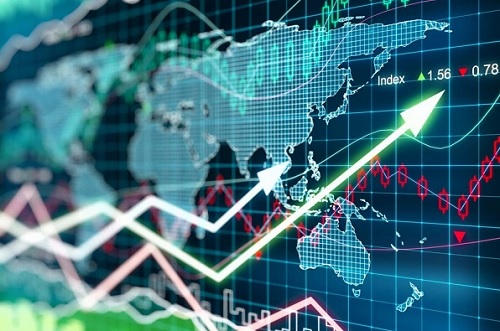 A number of countries are interested in investing in Indonesia

Indonesia is an investment destination for many foreign investors. They were attracted to enter because of Indonesia’s strategic position in Southeast Asia. In addition, Indonesia also has qualified human resources and abundant natural resources. The number of countries that want to invest is very good, because it can reduce unemployment in this country.

The pandemic has made the economy shake a little. The government wants to improve it, one of which is investment. Foreign investment was chosen because it increases the country’s foreign exchange, and in fact Indonesia has always been open to investors. Since the New Order era there have been foreign investors with various projects, the results of which are mutually beneficial.

Arsjad Rasjid, General Chairperson of the Indonesian Chamber of Commerce and Industry (KADIN), stated that many countries are scrambling to establish connections and invest in Indonesia. He concluded this after visiting countries in Europe, Asia, and Australia.

So far, many countries want to invest in Indonesia and build strategic industries. First, there is Saudi Arabia, which is interested in investing, because Indonesia guarantees and makes it easier to obtain MUI halal certification for each entrepreneur. Both to big-name entrepreneurs and MSMEs (micro, small, and medium enterprises).

Halal certification is very important because it shows that Indonesia really cares about the halalness of a product. Not only food and beverage products, but also other products such as cosmetics. Saudi Arabia is happy because the government of President Jokowi is very concerned about the halalness of a product, therefore they are already planning to invest in Indonesia.

Apart from Saudi Arabia, American entrepreneurs also want to invest, in particular Elon Musk. Tesla CEO wants to build a factory in Indonesia to support its electric car industry. Indonesia is considered a suitable country to invest in because it has sufficient mining material (nickel) which is used as an electric car battery.

If Elon Musk really invests then this is a very good thing, because electric cars are produced every day and need batteries to support. The automotive industry is shifting to electric cars because it is more environmentally friendly and Indonesia is very proud to support the industry.

Meanwhile, another country that also wants to invest in Indonesia is Singapore. Indonesia was chosen because its location is not too far from Singapore (so it saves on transportation costs). Then, in Indonesia the land is also wider than there (especially outside Java). With the availability of land, it will be easier to build a manufacturing industry.

Many countries are interested in investing because Indonesia is very strategic. In a sense, it has a lot of inhabitants. Foreign investors regard it as something positive because the more the population, the wider the market. Moreover, the Indonesian people are known to be consumptive (even though it is still a pandemic). This is a very good market and will be very profitable for investors.

Arsjad added, to support investment, all elements of the nation must unite, especially ahead of the 2024 democratic party. In a sense, the situation is expected to remain conducive. There should be no riots because they support each other or their respective presidential candidates. If there is instability in political and security conditions, investors are afraid that they will run away, and even cause losses.

One of the requirements for foreign investors before investing in Indonesia is the stability of the political and social situation of the people. Therefore, the public is expected to stay cool and not campaign prematurely, because 2024 is still a long time away. Do not let anyone fight or ridicule each other on social media because of different political views, because it will reduce the interest of foreign investors.

The public is expected to be calmer and not repeat the events during the 2014 and 2019 presidential elections, when many bullied each other, carried out black campaigns and cruel slander, etc. There’s no point in doing such negative things. In the future, there is a risk of being exposed to the ITE Law and the RKUHP. It is hoped that everyone will maintain conduciveness both in the real world and in cyberspace, so that investors believe in Indonesia.

Many countries are very interested in investing in Indonesia such as Singapore, America, and Saudi Arabia. They

RKUHP Does Not Threaten Press Freedom