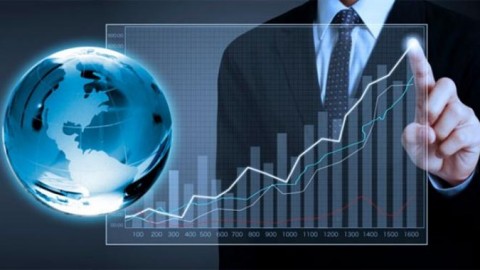 Appreciate Indonesia’s Economic Resilience During 2022 and Ahead of 2023

The data shows that so far, the national economic growth recorded in Indonesia in the third quarter of 2022 has been at 5.72 percent on an annual basis ( yoy ). Of course this can be said as a form of strengthening national economic recovery. This is because it is shown through growth between quarters, namely in the third quarter of 2022 when compared to the second quarter (between Q3 and Q2) there was an increase of up to 1.8 percent ( qtq ).

Highlighting this data, the Minister of Finance of the Republic of Indonesia (Menkeu RI), Sri Mulyani Indrawati explained that the third quarter GDP data released by the Central Statistics Agency (BPS) exceeded the projected figure. According to him, the extraordinary achievement achieved by Indonesia is a reflection of the continued strengthening of the national economic recovery despite the uncertainty in the prospects for the global economy.

It is also undeniable that the role of consumption by the Indonesian people in accelerating the acceleration of national economic recovery is also very beneficial. This is because, from the expenditure side, the growth rate of household consumption is still relatively high even in the midst of global economic uncertainty, which reached 5.4 percent ( yoy ).

The Government of Indonesia also continues to take many steps to be able to control the inflation rate in the country through the Central Inflation Control Team (TPIP) and in collaboration with the Regional Inflation Control Team (TPID) assisted by many strengthening programs from the Government itself such as social protection programs in the context of mitigation energy price adjustments through Wage Subsidy Assistance (BSU), Direct Cash Assistance (BLT) to distribution of assistance through the Regional Government (Pemda). All of these efforts have proven to be very effective in maintaining the continuity of the restoration of purchasing power owned by the community.

Meanwhile, Property Observer, Anton Sitorus explained that with a lot of optimism that the national economic growth will continue to accelerate to 5 percent in 2023, it will also be able to increase a lot of positive sentiment, especially in the property industry which will continue to experience growth until next year, primarily for the logistics and residential sectors .

Anton added that actually the recovery of the national economy in Indonesia itself had been continuing since 2022, so he considered that this recovery would continue with a lot of optimism until 2023 onwards.

This opinion can also be proven by how the records held by Bank Indonesia (BI), which also contributed to carve out home ownership loans and apartment ownership loans (KPR/KPA) on a positive trend with growth at 8 percent on an annual basis ( yoy ).

Not only on an annual basis, but an increase has also occurred on a quarterly basis, in which the central bank reported that in the third quarter of 2022 alone, KPR/KPA growth had reached 3.72 percent. It is said, this increase is even the highest since 2020 or after the world was rocked by the COVID-19 pandemic.

On another occasion, the President of the Republic of Indonesia (RI), Joko Widodo also emphasized that in general the macroeconomic conditions in this nation were much better compared to a few years ago, namely when the Government had carried out structural reforms, one of which was is regarding the affairs of State Securities (SBN).

Furthermore, Fauzi also provided support for President Jokowi’s firm stance which appealed to ministries and other institutions to be more courageous in carrying out structural reforms with the aim of counteracting anything that might harm the country’s macro-economy.