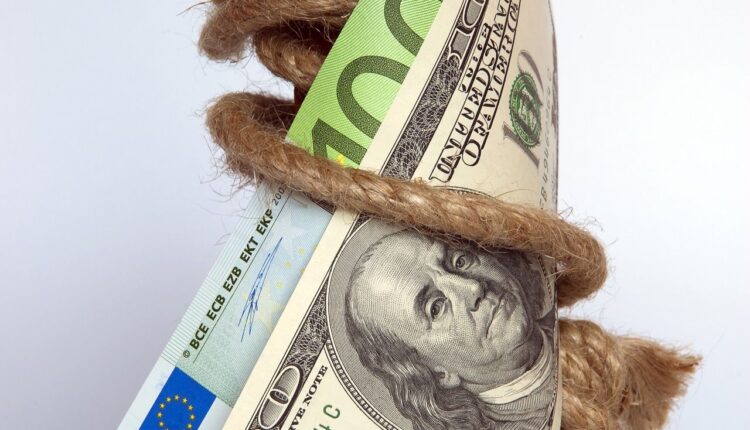 Appreciating the Decline in Foreign Debt

The public appreciates the decline in Indonesia’s External Debt (ULN). Based on Bank data in the fourth quarter of 2021, external debt was recorded at US$ 415.1 billion or Rp. 5,972.4 trillion (exchange rate of Rp. 14,388). This position decreased compared to the position of external debt in the previous quarter of US$ 424.0 billion.

When it comes to developing the country, the government since the old order era (Bung Karno’s era) started with debt capital. This is very common because after the war of independence, the state’s financial condition is still in a slump, because long wars cost a lot of money. Plus, in a new country that is still developing, there has been no export of goods as aggressively as there is today.

However, this condition continued until the New Order era (because the president at the time, Suharto) wanted to accelerate modernization in Indonesia. As a result, Indonesia’s debt continues to accumulate over time. There is even a saying that every baby born will carry a burden of debt.

However, we must not be pessimistic because President Jokowi’s government is working hard to pay for everything. The Chief Executive Director of the BI Communications Department Erwin Haryono stated that Indonesia’s foreign debt was reduced by 5 billion dollars, bringing the total amount to only 200 billion dollars.

This reduction is quite a fantastic figure and must be appreciated because even during the pandemic, the government can have a surplus of income and pay off foreign debt. This means that Indonesia has never run away from its responsibility to pay debts because it must be paid, no matter how difficult the situation.

President Jokowi’s government is committed to repaying the debt because it does not want to burden the community in the future. The adage that each bank carries a large burden of state debt will be erased. In addition, if the debt is paid off quickly, the country’s financial condition will be healthier and we will become a developed country, quickly.

If foreign debt is reduced then there are many advantages. First, the confidence of foreign investors will increase, because they see the government’s commitment to repaying debt. In addition, Indonesia’s financial condition is healthy, making it a good place to invest. Moreover, coupled with the social conditions of society that are safe and peaceful.

Second, we will avoid the monetary crisis like in 1998. When looking into history books, a crisis arose because the government (the New Order era) failed to pay its debts even though the interest continued to exist. This can reduce the value of the rupiah against the dollar and eventually a monetary crisis occurs, which can result in humanitarian, social, etc. crises. It’s terrible and shouldn’t happen.

If there is a crisis, it is feared that there will be an increase in the value of taxes, with the aim that the government has more funds to pay off foreign debts. When taxes are high, people will suffer because not all of them are able to pay. Then there will be riots and chaos in society.

Therefore, when foreign debt falls, we are relieved because we are spared from these bad possibilities. President Jokowi’s government has demonstrated its commitment to maintaining national financial stability, starting with the obligation to pay debts.

We also have to appreciate because in the midst of a pandemic, the government prioritizes paying debts. Even though we know that the pandemic costs a lot of money to pay for people’s treatment, buy vaccines, and so on.