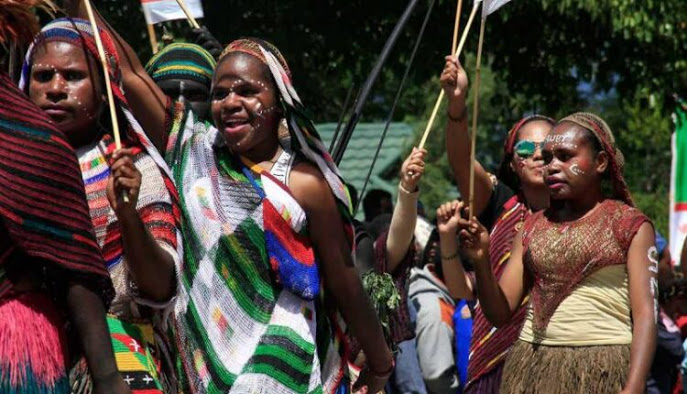 The community appreciates the Government for using a welfare approach in overcoming problems in Papua. This policy change is expected to make Papua more conducive, so that various national development programs can continue.

The government seeks to improve the security sector in Papua through a welfare approach. This change is expected to change the situation in Papua to become more stable considering that so far there have always been security disturbances from the Separatist and Terrorist Groups (KST) demanding a movement for secession from Indonesia. As is well known, KST often commits heinous and brutal acts not only against the TNI/Polri, but also Papuans.

The existence of KST is certainly detrimental because it can reduce the level of tourist visits to Papua and make local governments fail to get additional income from them. In addition, if there is KST, the local residents of Bumi Cendrawasih will also lose because they cannot freely move outside their homes, for fear of stray bullets.

Vice President KH Ma’ruf Amin said that to overcome the security turmoil in Papua, a new approach would be used, namely the welfare approach. In addition, a more humane approach will be taken to support development on the Earth of Cendrawasih.

The Vice President continued, the welfare approach is not only carried out by the central government but also local governments as stakeholders in Papua. The reason is because they better understand the intricacies of the area. In addition, the community is also invited to work together so that development in Papua can be completed more quickly.

Apart from the Governor, Deputy Governor, and DPRD, other stakeholders in Bumi Cendrawasih are the MRP (Papuan People’s Assembly). With the MRP, it is hoped that the rights and voices of civilians can be heard by the government. The MRP is also involved in the welfare approach because they represent the Papuan people.

When there is a welfare approach, it is natural for the Papuan people and their representatives in the council and the MRP to be involved. The reason is that development is aimed at the people, so it is natural that they are also involved. If the development is successful, it is hoped that Papua will be safer and there will be no big turmoil.

The Special Autonomy Law also states that the Papuan people have the right to develop their own area. That way, the welfare approach is the right thing, because there is capital from the central government to prosper Papua and the citizens themselves are involved.

The welfare approach is an effective way to deal with security turmoil in Papua because looking at the past few years, the Spartan way to abolish KST has not been successful. It is hoped that when the Papuan people are more prosperous, they will see the seriousness of the Indonesian government in building and prospering the Earth of Cendrawasih.

KST always demands a referendum because they feel that Papua is being neglected by the central government. Therefore, when they see the many civilians on Earth of Cendrawasih who are living in prosperity and there are various progresses there, they can realize that now the government has acted fairly. So hopefully they will cancel their intention to defect.

It is hoped that with a welfare approach and a humanist approach, as well as heart-to-heart dialogue, security problems in Papua will be slowly erased. People will feel calm because there is no attack from KST.

When there is a welfare approach in Papua, it shows that the government has acted fairly in equitable development throughout Indonesia. Even though Bumi Cendrawasih is located far from the capital city, it also receives APBD funds to develop its own territory. The community supports the welfare approach because it will further secure the Papua region.