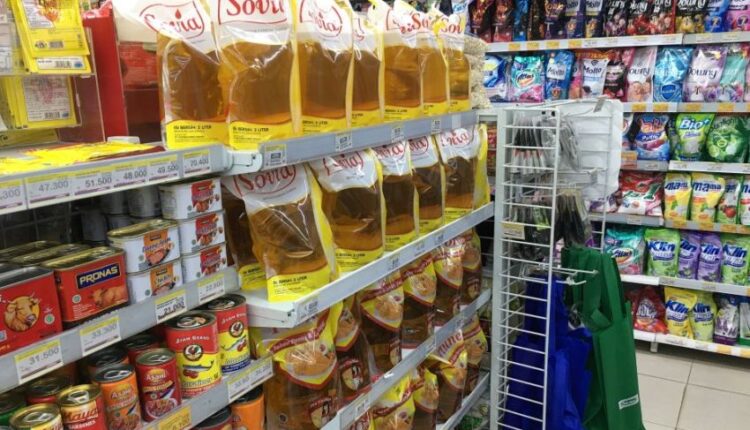 President Jokowi took a firm stance by banning the export of palm oil and cooking oil. This was taken to achieve stability in the price of these commodities in the market.

The government moved quickly to resolve the turmoil of cooking oil in the market. After naming the suspect in the cooking oil mafia, now President Joko Widodo immediately took a bold step, namely to ban the export of palm oil and cooking oil abroad.

The firm policy set by the President suddenly made a number of parties give their appreciation, one of which came from the Deputy Chairman of Commission VI of the DPR Sarmuji who stated that he strongly supports the export ban that has been issued by the President.

Sarmuji said that in fact Indonesia is the largest oil producing country in the world, but if there is a shortage of cooking oil in its own region, it would be a shame. Furthermore, he also advised the government to apply strict sanctions for violators of the provisions regarding cooking oil.

In line with the suggestion from the Deputy Chairman of Commission VI of the DPR, one of the researchers from the Institute for Development of Economics and Finance (Indef) Nailul Huda stated that the Government must also be firm with companies suspected of holding their cooking oil stocks and ensure that there is an even distribution in the market so that prices can be directly controlled.

It cannot be denied that if for example there are regulations regarding export bans, but if they are not balanced with strict and real sanctions, then it will be useless according to Sarmuji. Therefore, to be able to ensure that all these rules are strictly complied with, strict supervision is needed.

Appreciation also came from DPR Commission VI Member Mufti Anam who stated that a firm decision from the President always puts the interests of the people first and proves how the state is indeed present to answer all the people’s needs. In addition, the state is also present in order to be able to fight the interests of entrepreneurs or oil palm oligarchs who currently continue to undermine even the global market.

By imposing a provision to directly ban the export of palm oil and cooking oil, then President Jokowi is the same as showing how sovereign and capable we are as the world’s largest supplier of palm oil. In addition, as said by Yusuf Rendi as Economist of the Center of Reform on Economics, that the ban on oil exports is a good first step to immediately bring down the price of cooking oil in the community.

The export ban policy is expected to be the anti-climax of the cooking oil scarcity crisis. The public also appreciates the decision which is considered to have prioritized the interests of the domestic market over the international market. This policy also reinforces the Government’s commitment to fixing the cooking oil dispute after previously arresting one of the cooking oil mafias.

Appreciation should be given to the Government which has tried its best to balance the price of cooking oil, including through the policy of banning the export of palm oil and cooking oil. The policy is expected to be processed immediately and provide maximum results so that the new balance point of cooking oil can be realized immediately.

The Job Creation Law has the Potential to Improve Export Performance