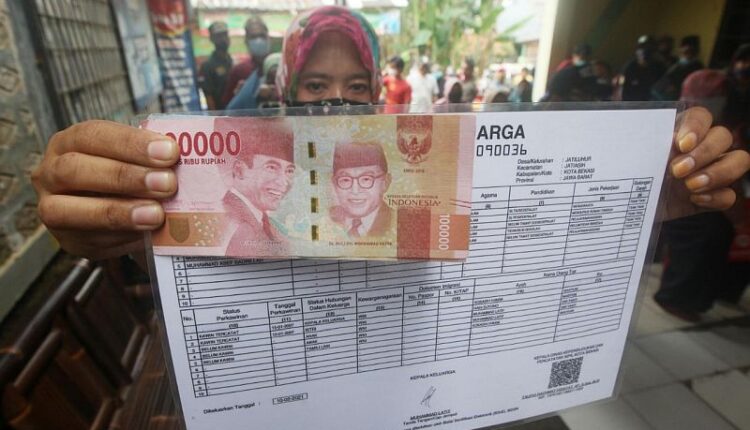 The distribution of Direct Cash Assistance (BLT BBM) carried out by the government is in fact very capable of reaching all affected communities. With this program, inflation risk is expected to be overcome and the prices of other commodities will remain stable.

The government is currently focusing on mitigating the impact of the subsidized fuel price adjustment, which has been officially enforced since September 3, 2022. One of the objectives of the implementation of this policy is that the fuel subsidy that has been carried out by the government so far is truly more targeted.

How could it not be, precisely with the subsidies that have been disbursed by the government, which should have been for the poor, but in fact in the field, around 70 percent of it is enjoyed by the rich. Not a few found expensive and luxury cars actually lining up and buying subsidized fuel.

It should be noted, that the fuel subsidy budget has reached Rp 502 trillion and is a huge burden on the state budget, it will be diverted to several things that are much more productive, including to carry out such mitigation in the form of distributing social assistance to affected communities only.

Regarding the social support itself, the government has prepared a Direct Cash Assistance (BLT) fund of Rp 12.4 trillion which will be distributed to around 20.65 million beneficiaries at a rate of Rp. 150 thousand per month and given for four months. Not only that, but there is also other assistance, namely the Wage Subsidy Assistance (BSU) which is budgeted at Rp. 9.6 trillion for around 16 million workers with salaries below Rp. 3.5 million.

With the BLT and BSU distribution programs that are currently being intensified, the President of the Republic of Indonesia, Joko Widodo, really emphasizes to all his staff to be able to work properly and correctly in the distribution of social support to the community.

Even emphatically, when holding a joint press conference with the Minister of Social Affairs, Tri Rismaharini and the Minister of Manpower, Ida Fauziyah in Jakarta, President Jokowi said that although he considered that the distribution of social support to the community had gone well, it was necessary to increase it again so that the provision of BLT and BSU able to easily, quickly and also on target.

To be able to truly distribute and ensure that the community receives all types of social assistance properly, even the Head of State himself often attends directly to review the process of handing over BLT and BSU in several regions. For example, in the delivery of BLT BBM in Jayapura Regency, Tanimbar Islands Regency, and Bandar Lampung City.

Meanwhile, with the government’s commitment and incessant attitude to ensure that all social cushions reach the people in need, Main Analyst of Political Economy LAB 45, Reyhan Noor said that all these assistances have indeed been very effective in reducing the economic burden of the people affected.

Furthermore, Reyhan criticized how the process of providing fuel subsidies that had been carried out so far because it did not reflect the principle of justice at all, and in fact it was proven in the field that most of it was enjoyed by the wealthy. The reason is, so far the purchase of subsidized fuel does not include data verification beforehand so that anyone can freely access it.

Therefore, starting from the study he made, the political economy analyst said that the scheme for providing social assistance for BLT or BSU which is currently being carried out by the government has become much more targeted because the recipients have been clearly determined.

On the other hand, observer of strategic issues, Prof. Imron Cotan conveyed the views of the UI Chancellor, Prof. Ari Kuncoro, who considered that the provision of BLT to the community was very important because it applied the principle of The Golden Mid-way. According to him, the BLT will help the government deal with the potential impact of fuel price adjustments.

When this fuel price adjustment is not accompanied by the distribution of social support to the community, it is not impossible that vulnerable people will be greatly affected so that their purchasing power will decrease. If people’s purchasing power decreases, it will accelerate inflation. Therefore, the distribution of BLT and BSU is very important.

All schemes regarding the distribution of BLT and BSU that have been prepared by the government, have indeed turned out to be much more effective when compared to other programs

RKUHP for Certainty of Law Enforcement in Indonesia