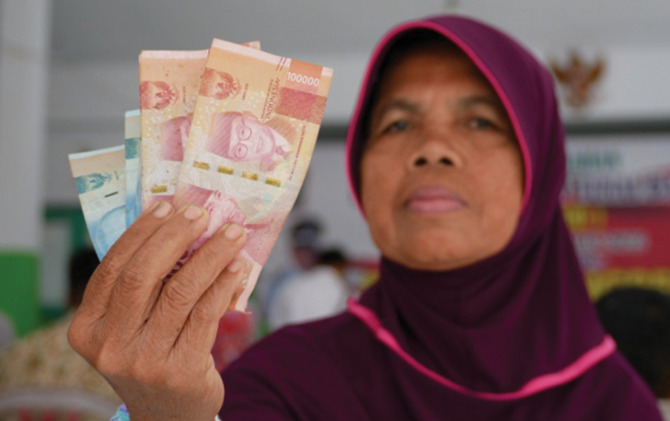 BLT BBM is Right on Target, Demo Action is Irrelevant

The demonstration action plan by student groups on October 20, 2022 is completely irrelevant. This is because the entire distribution of BBM Direct Cash Assistance (BLT) has been carried out and is right on target to vulnerable people who really need it.

For information, there are calls circulating on social media regarding plans to carry out a demonstration that will be held in front of the State Palace on October 20, 2022. The action promoted by the student group is actually no longer relevant because the issues raised are too outdated.

How not, the article has been since the beginning of last September when the government began to adjust the price of fuel, then efforts to mitigate the impact were also carried out immediately afterwards. As one of the best mitigation impacts to continue to support the purchasing power of vulnerable people, the government then provides social support of Rp. 600 thousand were distributed in collaboration with PT Pos Indonesia.

In fact, responding to efforts to mitigate the impact of fuel price adjustments made by the government, Nahdlatul Ulama (NU) figures firmly assessed that the distribution of BLT BBM was very appropriate to do. Not only is it appropriate, but the Head of the Depok City Nahdlatul Ulama Branch Management, Ahmad Solechan also considers that all the stages that the government has gone through are very mature.

According to him, the BLT BBM that was disbursed was a serious effort by the government for the people who were really affected by the increase in fuel prices. Moreover, according to the man who is familiarly called Gus Alex, the policy for distributing BLT BBM carried out by the government has indeed been considered in such a way because the government does not want Indonesia to fall into a recession like other countries in the world, in the midst of economic uncertainty. global today.

In addition, he also stated that the fuel price adjustment that had been carried out by the government was actually an impact or influence originating from the world oil price which continued to soar sharply. So it is clear that it is completely irrelevant if the policy continues to be protested or even the workers’ groups echo calls for demonstrations, because the desire to adjust fuel prices is not at all the government’s own initiative, but a response from world oil prices.

On the contrary, if the fuel price is not adjusted immediately, then the state budget will automatically be more burdened so that the state will find it increasingly difficult to regulate its finances. So to overcome the leakage of the use of the state budget only for consumptive things such as the provision of fuel subsidies which is actually not at all on target in the field because it is enjoyed by many people who can afford it, the decision to adjust fuel prices and be accompanied by the distribution of BLT BBM is very appropriate.

Meanwhile, internet network businessman Dede Nurdiansyah said that the burden of the state budget for fuel subsidies was indeed heavy. Previously, all groups of people could enjoy fuel subsidies, including those who could afford it. For now, said Dede, subsidized fuel is limited to vehicles that qualify as subsidized recipients. According to him, the government in the future will direct fuel users to be productive.

It is not without reason that the government distributes BLT BBM, the article is that instead of the APBN being used for consumptive things that are not on target, it would be much better if the APBN were reallocated to support and provide stimulus so that the purchasing power of vulnerable people is not eroded and is maintained.

On another occasion, the General Chairperson of Rampai Nusantara (RN), Mardiansyah also stated that the compensation assistance for reducing fuel subsidies was very meaningful for the community. With the right distribution of targets, he hopes that the assistance will keep the purchasing power of the lower class people stable and help the community to survive.

Regarding the strategy carried out by the government through the Ministry of Social Affairs itself, so far it has also been very appropriate. Minister of Social Affairs (Mensos) Tri Rismaharini emphasized that his party continues to update the Integrated Social Welfare Data (DTKS) to ensure that the distribution of social assistance (bansos) including BLT BBM is right on target.

Risma said that the renewal of DTKS was carried out based on input from the local government. In addition, the public can also provide input through the Suggestion and Dispute menus in the Check Bansos application. The public can also contact the command center of the Ministry of Social Affairs at telephone number 021-171. The Minister of Social Affairs added that his party has around 70 thousand assistants throughout Indonesia to check and verify data on social assistance recipients in the field. With all the government’s efforts to ensure that BLT BBM can be right on target, including the fact that its distribution is very concerned about various aspects and also the update of the available data, of course all calls for action to conduct demonstrations in order to refuse fuel price adjustments are completely irrelevant. Not only because the issues brought up are very outdated, but the demonstration does not provide any solution at all, besides that it will have the potential to cause social instability in the community.