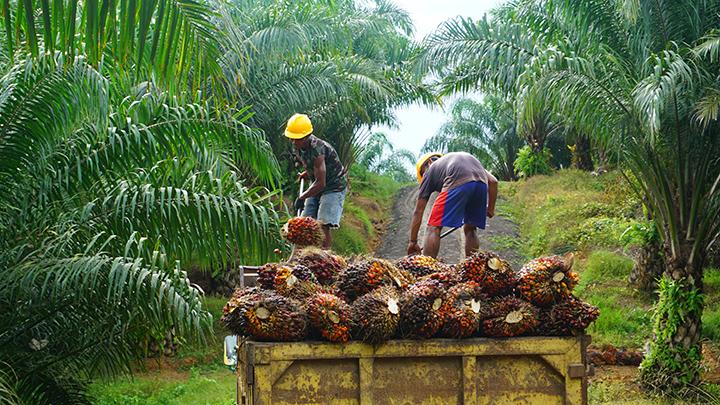 The government has officially banned the export of Crude Palm Oil (CPO) abroad. Based on the results of a survey by the Indonesian Political Indicators Institute (IPI), the policy of banning CPO exports had an impact on reducing the level of community difficulty in obtaining cooking oil.

Some time ago, Indonesia was hit by a shortage of cooking oil, which made the price of the cooking oil skyrocket. Then to make it easier for the whole community, the Government immediately made a decisive action by prohibiting the export of crude palm oil (CPO) to foreign countries so that domestic supplies themselves would not become scarce.

Then there is data from the survey results of the Indonesian Political Indicators (IPI) which states that people are starting to easily be able to reach cooking oil after it became very scarce and the price was quite expensive. Not only does it show that people have easy access to cooking oil, but the survey also shows the level of public satisfaction with the President.

It was said in the survey that the public could easily access the cooking oil again due to the actions of the Attorney General’s Office (Kejagung) which explicitly revealed a CPO corruption case which then immediately named several parties as suspects so that the President also immediately issued a regulation to prohibit CPO export activities first. formerly.

The President of the Republic of Indonesia, Joko Widodo, admitted that he was very sad when the fact that Indonesia was the largest exporter of palm oil and its derivatives in the world, but in fact there was a shortage of cooking oil in his own country. On one occasion, he stated firmly that he would not allow this to drag on, so he immediately decided to ban exports.

It is clear here that the policy taken by the Government is a policy that is pro with the interests of the people because it is the government’s main priority so that basic domestic needs are guaranteed first. The President added that later if domestic needs are guaranteed, then of course he will lift the export ban again so that the country’s foreign exchange and surplus in the country’s trade balance will be filled again.

Responding to the firm decision that has been taken by President Jokowi, Nusron Wahid as Member of Commission VI DPR RI Golkar Faction expressed his appreciation. For him, the decision taken by the Government was very clear in declaring war on businessmen and then choosing to side with the people. He said that for a long time, the state had actually provided an opportunity for the cooking oil industry and entrepreneurs to obey the rules by not playing with prices, but it seemed that the rules were not being heeded and so must be dealt with firmly.

The Executive Director of Indonesian Political Indicators, Burhanuddin Muhtadi said that it was undeniable that these two things, namely when the AGO succeeded in uncovering corruption cases regarding CPO exports and the prohibition from the President to export CPO, then significantly directly impacted the ease of public access to Returning cooking oil to the market is much easier and the price is starting to stabilize again.

Burhanuddin continued that the survey he had conducted showed that slowly the percentage of people who answered that they still had difficulty getting cooking oil continued to decline over time. Starting from April 14 to 19, 2022, there were 83.7 percent of the people who admitted that it was still difficult to access cooking oil. Then on May 5 to 10, 2022 it decreased to 56.4 percent.

The decision that has been taken by the Government to immediately cut off temporarily the export chain of CPO abroad so that demand in the country can be guaranteed has in fact been proven through the results of a survey that has been carried out. The public is also asked to be wise and patient because the policy still takes time to reach a new balance point.