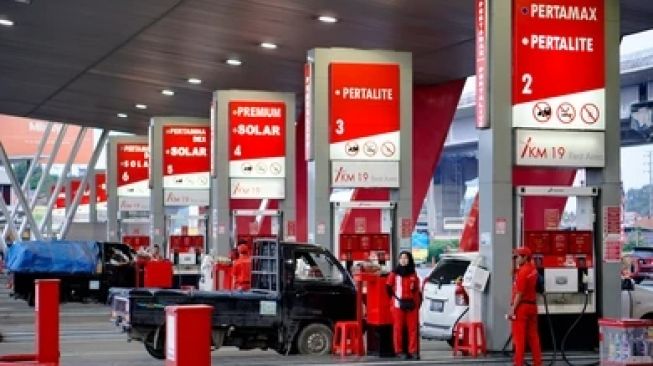 The government will adjust the price of Pertalite fuel. This decision is considered appropriate because the subsidies borne by the government are already too high, so that it can have a bad impact on the State Revenue and Expenditure Budget (APBN).

The adjustment of the price of fuel (fuel oil) that will be carried out by the government, raises the pros and cons of the community. But they finally understood because world oil prices were indeed rising drastically, because there was a conflict in Eastern Europe. The increase in fuel prices does not only occur in Indonesia, but also in other countries.

The public understands that the fuel price adjustment is correct. The reason is because the current price of Pertalite is the result of fuel subsidies. While the economic price is more than 13,000 rupiah. If the price of Pertalite fuel is adjusted to 10,000 rupiah, it will reduce the burden on the government which has to pay subsidies.

The fuel subsidy paid by the government per year is 502 trillion rupiah. This figure is certainly very high and will burden the country. Imagine if subsidies occur for years, it will make Indonesia’s financial condition so shaky. Don’t let subsidies actually increase the national debt.

Executive Director of the IEA (International Energy Agency) Fatih Birol stated that the fuel subsidy will put pressure on state finances. In a sense, subsidies will make the government distraught because it has to pay a lot of money for the price of fuel that is too cheap. Meanwhile, there are still many needs during the pandemic and it is hoped that subsidies can be diverted to overcome the impact of the Covid-19 pandemic in Indonesia.

Fuel subsidies have been given since the New Order era (the era of the administration of the former late President Suharto). Indeed, in the past he gave such a policy with the aim of providing relief for people with lower-middle economies. Their living expenses will be lighter because the price of fuel is very cheap.

However, this subsidy is like a ticking time bomb because over the years, the government has had to bear fuel subsidies of up to trillions of rupiah. Don’t let Indonesia go bankrupt like Bangladesh because you have to pay for fuel subsidies. The state’s financial condition must be stabilized and the public must understand the situation, and do not blame the government if there is an adjustment in fuel prices.

The New Order era has passed and was replaced by the reform era, and the president has also changed, so it’s time for a new policy. It is hoped that the community will not depend on subsidies and become more independent in the future. Moreover, the price of Pertalite type of fuel was raised only slightly and did not reach an economic value, because the government has already considered what the right price is for a liter of this fuel.

The fuel price adjustment was considered appropriate because when there was subsidized fuel, which was originally for the poor, it was misused. The upper class people actually bought it when they should have used Pertamax or other types of fuel instead of Pertalite. Supervision must be tightened again so that there is no abuse like this.

Moreover, the results of the reduction in fuel subsidies will be allocated to the right sector. In addition to helping deal with the impact of the Covid-19 pandemic in Indonesia, it will also be used to build infrastructure. In this modern era, people need good quality infrastructure, in order to facilitate mobility and smooth trade routes.

In addition, infrastructure will be able to trigger an increase in investment because foreign investors require it, before they enter Indonesia. If there are more investors, the better because Indonesia will continue to develop and reduce unemployment at the same time. The reason is because investment projects absorb a lot of workers. This is the positive impact expected by the government from reducing fuel subsidies.

Therefore, the public is expected to support the government in adjusting the price of Pertalite fuel. The public is also asked not to be skeptical, because if there is too much fuel subsidy it will burden the state’s finances and become a ticking time bomb in the future. The balance of fuel prices must be done and the government also does not increase the price too high, as other countries have done.

Fuel price adjustments are always surprising, but we hope everyone understands the reason. After all, cell