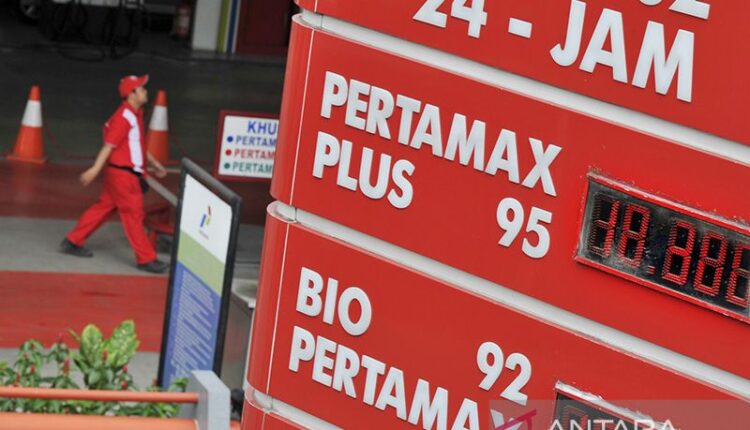 Adjusting the price of subsidized fuel oil (BBM) is the most appropriate step taken by the government as an effort to save the state budget (APBN) from inefficient use so that the country’s fiscal resilience is maintained.

The world has even recognized that Indonesia is indeed one of the countries with the best handling and control of the Covid-19 pandemic because it is able to continue to maintain a sloping curve for the spread of new cases even though the virus continues to mutate and new variants emerge. One clear evidence is the opening of community mobility and industrial activities with the aim of immediately restoring the national economy.

However, with the increasing mobility of society, the demand for or consumption of fuel oil (BBM) also continues to increase. Diplomats, Prof. Imron Cotan stated that the continued increase in the consumption of BBM owned by the public, which is not matched by production or the availability of an adequate fuel quota, will result in disrupted world oil supply.

Furthermore, the man who is also an Observer of Strategic Issues revealed that the Government should be able to formulate appropriate policies to handle this situation. However, another problem occurs, if the government continues to try to maintain the availability of fuel, it will be very burdensome and disrupt the state budget.

In fact, according to him, the State Budget itself is a very important instrument in order to realize Indonesia in the recovery of the national economy after the Covid-19 pandemic. This, of course, will not be possible if the availability of the state budget is only focused on the provision of fuel subsidies, so there must really be an appropriate distribution.

Meanwhile, Next Policy Executive Director, Dr. Fithra Faisal Hastiadi is of the opinion that the adjustment of subsidized fuel prices is one of the best and most realistic options currently available to the Government. The reason is, if the policy is not implemented immediately, in the calculation, the fuel quota will only last until October 2022.

Moreover, so far, indications of the inappropriateness of the fuel subsidy that have been given by the government have also been found because 80 percent of the subsidy budget that has been disbursed has actually been enjoyed by the wealthy, so it is clear that this has created injustice.

Not only that, Dr. Fithra Faisal also suggested that the fuel subsidy budget should not continue to burden the state, it would be much more beneficial if it could be diverted to only helping people who really need it, it could also be used for infrastructure development, investment in education to carry out other priority projects.

The University of Indonesia (UI) economist also explained that the current concern about how the adjustment of subsidized fuel prices will have an impact on increasing inflation in the country. For him, inflation will only increase slightly, namely around 1 to 2 percent, which is actually quite resolved when Bank Indonesia implements monetary policy by raising the benchmark interest rate.

On the other hand, the economic price of Pertalite type fuel itself is now around Rp. 14 thousand, then the price of Solar is already at Rp. 18 thousand. Even when compared to how the condition of fuel prices distributed in Europe has touched around Rp. 30 thousand. For Indonesia itself to be one of the countries with cheap fuel prices, but the price disparity in the end must continue to be charged to the state budget.

According to the Executive Director of Energy Watch, Mamit Setiawan, the situation is getting worse, because Indonesia’s position since 2008 has become a pure importer of oil commodities because its production and consumption capacities are very far apart.

Therefore, according to him, it is not just an adjustment to the price of subsidized fuel that must be immediately carried out by the Government, but on the other hand there must also be restrictions on subsidies. The combination of the two for him is the best option because if the Government does not impose subsidy restrictions, then the risk of falling fuel quotas will happen again. However, if the two policies can be combined, then the price adjustment will be very effective and will create fiscal space for the APBN.

Regarding maintaining the country’s fiscal resilience, the Chancellor of the University of Indonesia (UI), Prof. Ari Kuncoro explained that this was indeed very important. How not, the article with fiscal resilience that remains strong, it will be very helpful in supporting Indonesia’s production capacity in the future so that the distribution of social cushions when adjusting fuel prices is also must be considered.

With the very condition of the state budget,